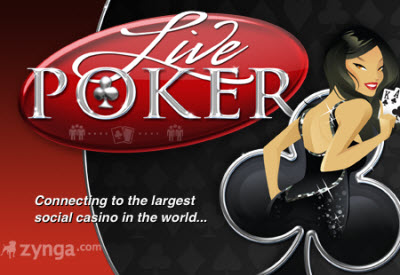 Zynga has the world’s largest online poker game, with more than 28 million users playing Zynga Poker monthly on Facebook. Today, the social game company hopes to make the game even bigger by doing its first international localizations of the game.

Now, under the name Zynga Texas Poker, the game will be available in Mandarin Chinese for Facebook players in Hong Kong and Taiwan. As with the English version, players can enter a casino lobby and play at any table, meet people from around the world, or join friends in a game. They can choose from Texas Hold ‘Em tables, tournament play, or VIP tables. A leaderboard shows how players compare in chip ranking.

Zynga has approached the market with some savvy. The players get 8,888 Vegas-style poker chips, since the No. 8 is lucky in Chinese. And players will be able to compete in a local Shootout tournament for a grand prize of $880,000 Taiwanese dollars. Zynga will be giving away prizes such as trips to Las Vegas.

As it expands its footprint worldwide, Zynga is doing more to make sure its games keep expanding. It has to do that because games that launch on Facebook aren’t as viral as they used to be. Facebook cracked down on notifications that games send to users, so now it takes more effort to make sure that games spread. Zynga is diversifying away from Facebook to SoftBank mobile in Japan, and it has created its own FarmVille.com web site. At the same time, it is taking actions like today’s poker game launch to make sure it can get as many Facebook users as possible. Zynga says it has more than 215 million monthly active users.