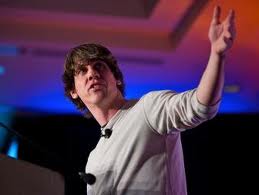 With Facebook’s announcement of a check-in feature dubbed Facebook Places, we’re all wondering how it will affect location-based services like Foursquare. So I went ahead and asked founder and chief executive Dennis Crowley.

While Foursquare had a presence at the Facebook announcement, it wasn’t very clear what exactly the two companies would be doing together. Other location-based games, like Gowalla and Booyah, were a bit more vocal claiming integrations with Facebook.

The reason for the vagueness? Crowley said that Foursquare hasn’t committed to anything because the team still needs to try out the service. The company appears to not have had any early access to the feature and wants to “mess around with it for a week or two” before it determines how it will integrate. Crowley says they will have access tomorrow which appears to the same time the general public will have access as well, according to Facebook’s API page.

While Crowley admits that they knew Facebook would eventually do something around location, thinking it would happen at this year’s SXSW (South by South West conference), he isn’t worried about the social network being competition. Rather, he noted that Facebook will help teach people about location and checking in, making Foursquare even more popular.

Crowley also said that this feature launch validates what his company has been working on for three years.

“If Facebook thinks that location is a good idea, then we are on to something,” he said.

While Facebook might seem like a giant able to crush Foursquare, Crowley emphasized the different missions of the companies. The core of Foursquare is check-ins — getting people off the couch and into the world to try new things and share with friends — while with Facebook check-ins are just another feature.

Most importantly, Crowley said the key to Foursquare is that it remains fun and quirky, while Facebook appears to have lost that from its earlier days. Crowley isn’t surprised, he noted that when you have a product or service with millions of users, you have to tone down the personality of the company.

Luckily, he said, Foursquare isn’t at that point yet.