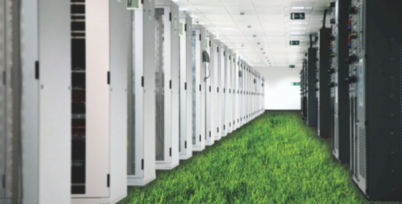 Viridity Software, maker of a package, dubbed EnergyCenter, that collects data on server energy consumption and a host of other metrics without using fancy sensors, announced today that it has landed $8 million in a second round of venture capital funding from Battery Ventures and North Bridge Venture Partners.

Data center energy conservation is a hot topic these days, with major companies like Google, Apple and others moving to slash the energy demanded by their server farms and power them with a greener mix of renewable sources like solar, wind and biomass. Viridity Software — different from micro-grid software provider Viridity Energy — is hoping to ride the trend.

For just $500 per server rack, the company’s EnergyCenter software models and predicts energy usage based on how many servers are being used, for how long and under what conditions. This process allows data center operators to identify which servers are hogging a disproportionate amount of power, and which ones aren’t used enough.

Viridty’s software is similar to some of the more user-friendly home energy management offerings appearing on the market — like Microsoft Hohm — in that it leverages the data it gathers to make explicit recommendations for how to cut energy use. These suggestions include things like reorganizing racks to diffuse overheated sectors of centers, or eliminating whole servers altogether if need be.

Because Viridity is offering an all-software solution, eschewing the strategy of installing sensors throughout data centers to collect similar data, it can offer its services cheaper than competitors like SynapSense, which uses technology to generate server energy heatmaps. Even though the EnergyCenter package can’t directly detect metrics like temperature, its modeling capabilities allow for fairly accurate predictions.

While Viridity’s services can optimize data center operations, most of its customers are probably interested in reducing their electricity bills. As cloud computing continues to pick up speed — accelerated by advanced mobile data plans and connected devices like the iPad — power-hungry server farms are sure to become a cornerstone for companies likes Apple, Google, Amazon, Facebook, Twitter and more. Viridity already counts LexisNexis, Highbridge Capital and F5 Networks among its clients.

Based in Burlington, Mass., the company previously raised $7 million from Battery and North Bridge in December 2008.