Editor's note: Pat goes archetypal on us in his analysis on why the cockamamy combination of Final Fantasy and Disney worked beautifully as a game. -Brett 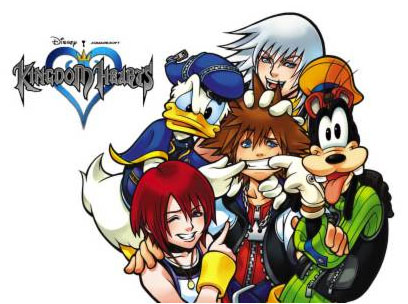 When Squaresoft first revealed their concept for a new IP that would fuse the worlds of Final Fantasy and Disney into one cohesive product, critics doubted that they could pull off such a bizarre collaboration. Those critics were eventually proven wrong: Kingdom Hearts turned out brilliant in execution and became one of Squaresoft's (later Square Enix's) flagship franchises.

But the question still remains: How did it work? How did a formula that everyone thought would be ridiculously bad turn out to be ridiculously good in execution? By examining the Kingdom Hearts mythos and how it fits traditional archetypes together in powerful and resonating ways, I intend to answer that question.

Kingdom Hearts takes a number of standard symbols — hearts, light/darkness, keys — and overlays them with meaning and significance, placing so much emphasis on these symbols that they begin to assume new identities altogether. I have found this to be a common characteristic of epic art. Think of the One Ring in The Lord of the Rings or the Force in Star Wars: each represents ways in which simple, concrete ideas can become imbued with greater power and deeper significance.

The same sort of thing happens in Kingdom Hearts. For example, while the heart has always been laden with connotations across a wide number of cultures, Kingdom Hearts takes the symbol to a whole new level. Heart becomes identity, as losing one's heart results in becoming a Heartless. This concept of Heartless — beings without the light and dark struggles inherent in owning a heart, beings of pure evil intent — further strengthens Kingdom Hearts' emphasis on the importance of retaining one's heart and maintaining it through friendship and love. It also calls attention to the inherent danger of darkness, as Square represents the Heartless as beings of shadow, emerging from the ground or quite literally from the shadow of protagonist Sora.

The story of Kingdom Hearts — a young boy journeying and fighting his way through unknown worlds (in this case, areas from Disney movies) to search for his lost friend and lover — is also archetypal, pulling from tales told all over the world. It echoes Odysseus, journeying home to his love Penelope. It draws from Beowulf, who offers to fight monsters because of the friendship between his family and Hrothgar's. It references Arthur's knights, who go questing for the Grail in order to (depending on which version of the tale you consult) either gain everlasting glory or save their king from his deathly slumber.

Each of these similarities could be the subject of a single editorial, the connections are so numerous. Love, friendship, honor, death, resurrection — these themes are central to many of our most ancient stories and myths. It's no mistake that they're central to the Kingdom Hearts story as well. 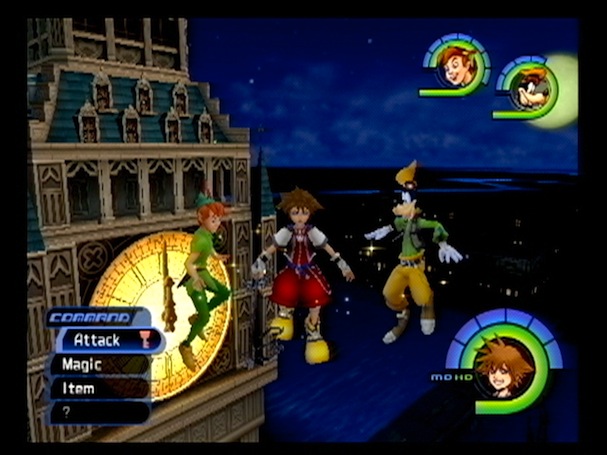 Now, here's where we find something very interesting about the Kingdom Hearts mythos. Already, by referencing numerous Disney films, which themselves typically reference far older tales, Kingdom Hearts has established a backdrop of archetypes. But in the final few hours of the game, Sora learns where his friend Kairi is and that she is in a deep sleep; villainess Maleficent has taken her heart to create the door to Kingdom Hearts.

So far, Sora has loosely resembled such mythological figures as Odysseus, Beowulf, and the Knights of the Round Table. At this point in the game, however, Sora takes on a more specific role, and the final portion of the game plays out along a very recognizable path. Sora becomes the valiant, noble knight who must make his way into the depths of the castle, fight the dragon, and wake his love from her sleep. Sound familiar?

I would consider these two elements, symbolism and plot, to be central to the widespread success of Kingdom Hearts. Whereas many games have to set up their own symbology and make you emotionally invested in their characters, Kingdom Hearts taps into a deep well of pre-programmed responses. We are culturally conditioned to respond to the idea of light as good, dark as bad. We recognize, if only subconsciously, the figures of Odysseus or Sleeping Beauty's prince in Sora.

Thus, it is easier to become emotionally invested in Kingdom Hearts because it contains characters and plot elements and symbols with which we are all already familiar. This is exponentially strengthened by the addition of Disney and Final Fantasy characters. The first time you see Donald and Goofy onscreen in Kingdom Hearts, you are already familiar with them. Rabid Final Fantasy 7 fans no doubt weep when Aerith makes an appearance. 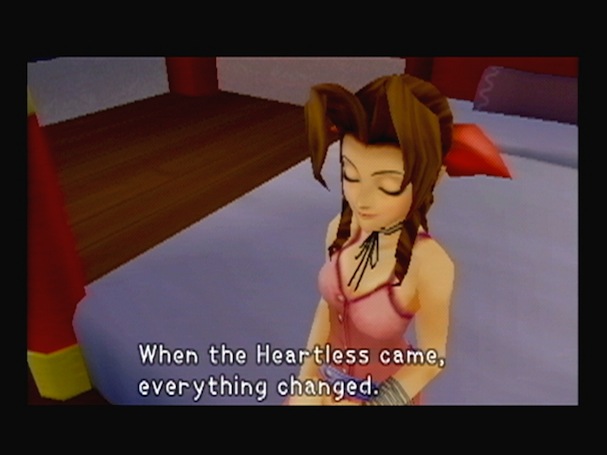 Furthermore, the Disney elements give a strange twist to every new world Sora visits. After all, when you land in Agrabah, you already know you're going to face Jafar. While this predictability could ruin another game, in Kingdom Hearts you continue to wonder how the Heartless are going to play into the predetermined Disney plotline, and how that plotline will play into the overarching story.

Kingdom Hearts, then, takes as its building blocks objects, ideas, and storylines that are already present in the cultural consciousness. It then overlays those concepts with more significance pertaining to the plotline of the game. In but one example, hearts — which already have a significance in modern society as symbols of love — in Kingdom Hearts become tied to the concept of the Heartless, layering the pre-programmed archetype with further, game-related meanings.

Under this model, it is easy to see the plain truth: The idea of Kingdom Hearts wasn't foolish; it was destined to succeed.