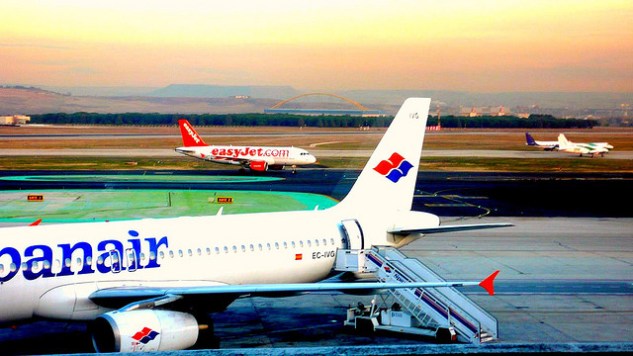 As if we needed another reason to fear malware, authorities investigating the 2008 crash of Spanair flight 5022 have discovered that the plane’s computer system — which is used to keep track of technical problems — was infected with malware, according to a report by the Spanish newspaper El Pais.

The crash took place during takeoff from Madrid-Barajas International Airport, and left 154 dead, with 18 survivors. An early investigation by the U.S. National Transportation Safety Board revealed that the plane had taken off with its slats and flaps retracted, and that there was no audible alarm thanks to a power failure with the takeoff warning system, TechNewsDaily reports. The system also failed to report two other events.

That leaves a total of three separate technical problems that, if properly detected, could have prevented the flight from taking off, according to an internal Spanair report (in Spanish, of course). The airline figures that the malware infection was to be blame.

The malware was apparently a type of Trojan horse — software that sneaks onto a computer and allows hackers to gain access to a computer system. It could have gotten onto the computer in a variety of ways — including via an infected USB stick, an infected file downloaded to the computer, or by merely visiting a malicious website with an insecure browser like Internet Explorer 6.

Not everyone is convinced that the El Pais report is accurate, however. On security guru Bruce Schneier’s blog post, many commenters are pointing out that the Pais report is full of errors.

While the accuracy of the report is still up in the air, it certainly brings to light the topic of computer security around integrated systems. Schneier himself has long believed that the Blaster worm may have been a major factor in the 2003 blackout that affected the Northeast U.S. and Canada. And as someone who was knee-deep in IT support at the time, and saw how Blaster could take down a major organization’s network in minutes, I’m inclined to agree with him.