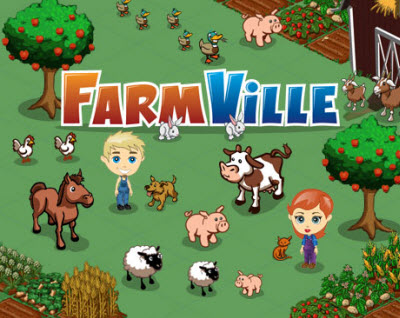 About 20 percent of the U.S. population has played a game on a social network in the past three months, according to market researcher NPD Group.

That means 56.8 million Americans ages 6 or older have played on social networks. And about 35 percent of those social networkers are new to gaming, having never participated in any other type of video game before they started on the social networks such as Facebook, MySpace or others.

The results are good news for companies such as Zynga, which publishes the most popular social network game, FarmVille. Facebook says roughly half of its 500 million users play games.

Females and older age groups are more likely to play on social networks. About 53 percent of the players are female and 47 percent are male.

“Although 35 percent of social network gamers are new to gaming, it’s clear that a lot of existing gamers have been drawn into the social network gaming arena as well,” said Anita Frazier analyst at NPD. “This impacts both the time they spend with other types of gaming, as well as the amount of money they’re spending on gaming. As more players are drawn into these games, the entire games industry is going to feel, and have to adjust to, the impact.”

Many players play for free, but about 10 percent of social network gamers have spent real money for virtual goods — such as better weapons or decorations. Another 11 percent indicate they are likely to make a future purchase. Gamers say they are spending 20 percent less on gaming overall since they started playing social network games. That helps explain why social network revenues are climbing while traditional console games sales are falling.

“There are many distinctions between the players who spend money and those that don’t,” said Frazier. “While social network gaming has caught on with a mass market audience, it’s not without its challenges. Players are frustrated by slow loading and performance issues and report getting bored by the games easily. Clearly, these types of games will have to continue to evolve if they hope to hold their audiences and incentivize them to spend money playing.”