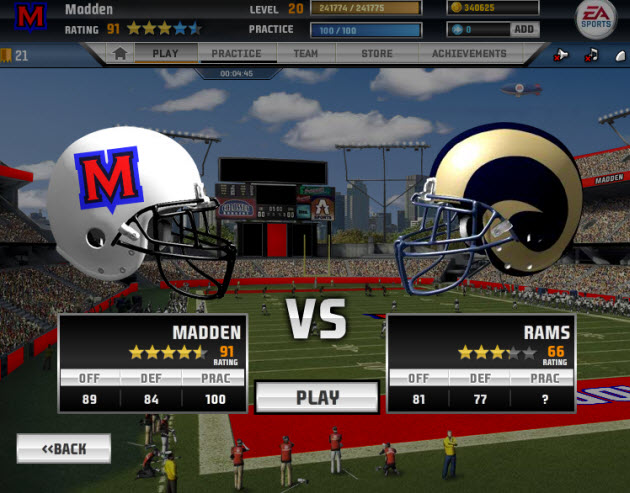 Electronic Arts is putting the blitz on rival Zynga today as it launched Madden NFL Superstars on Facebook. 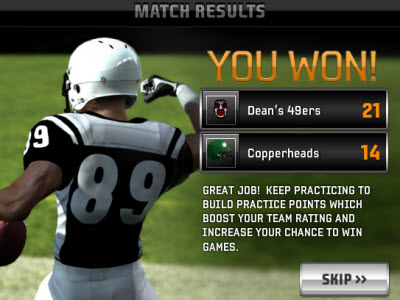 This joint production of EA Sports and EA’s Playfish social game division is the first time that the company’s flagship video game franchise has graced a social network. It is the second major branded game that Playfish has launched on Facebook since EA acquired Playfish for as much as $400 million last fall. In May, Playfish launched FIFA Superstars, a soccer game on Facebook, and the new Madden is styled after that game.

So far, EA’s assault on social gaming is going pretty well. EA is the No. 2 social game publisher on Facebook with 54.9 million monthly active users, compared with 227 million for market leader Zynga. The FIFA Superstars title has more than 4 million monthly active users, said C.J. Prober, vice president of publishing at Playfish, in an interview. The new Madden game is a unique experience compared to the typical fast-action, hyper-realistic, 3D-animated console games. This one has no 3D, and it simply pans and zooms on still images of football players during the action of the games. You don’t control players; rather, you hit the play button and then watch the game unfold as a spectator. About the only thing you can do to affect the action is click on the “game changers” button, which initiates a crucial play in the game.

Do people really enjoy this kind of game? It’s modeled after FIFA Superstars, which has won a large audience and has become the No. 1 sports game on Facebook. If you think of this Madden as more like a card-based fantasy football league, that will set your expectations properly. Players can create their ultimate fantasy squad by collecting or trading NFL players and competing against their friends. There are more than 1,500 players available from all 32 NFL 2010 team rosters. The game has different modes such as Season, NFL Pro League and Scrimmage. 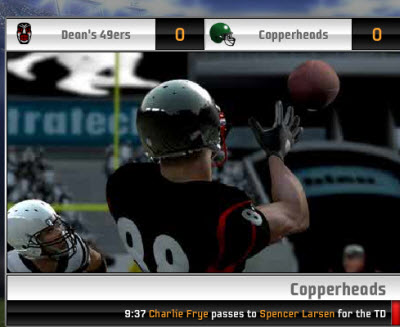 EA launched its Madden NFL 11 game for the consoles with the start of the football season this month. The Facebook game is a little late, but that shouldn’t affect its prospects, Prober said. The team was polishing the game and released it just a couple of weeks after the Madden launch on other platforms. EA said that Madden NFL 11 is selling well in both retail stores and direct-to-consumer web downloads. Madden NFL 11 is the No. 1 selling game in North America and sales will likely be up 5 percent across all platforms compared to a year ago, according to Peter Moore, president of EA Sports. Digital online game revenues (on platforms such as Microsoft’s Xbox Live online game service) for Madden are up 200 percent year-over-year.

The Facebook launch is about extending the Madden brand, but it’s also about making money, Prober said, as EA has designed the game so that players can upgrade from free to paid content.

In social gaming, the battle of the brands is underway. But which brands will win is still up in the air. Will it be new titles like Zynga’s FrontierVille, or brands from the video game universe such as Madden? That’s the billion-dollar question.