(Editor’s note: Jason Katz is Founder and CEO of Paltalk, an interactive video community. He submitted this story to VentureBeat.)

The word “freemium” may be less than four years old, but the business model it describes – offering basic service access for free and then charging for advanced features – has been around for decades and is utilized by some of the Web’s most successful companies. 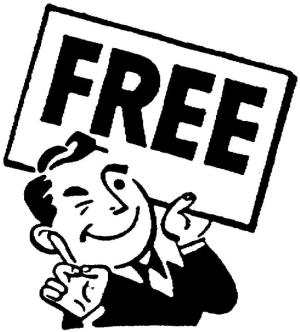 There’s power in words, though. And once the model was tagged with the freemium label, pundits decried it as a loss-leader and predicted subscription-based services would soon be the industry standard.

As that debate continues, many companies are building successful and profitable bases on a freemium business model. You might have heard of a few:

Pandora – Since its launch in 2005, the company known for giving away “free” music to users has expanded to 20 million unique visitors. In 2009, it brought in $50 million in revenue – all the while as a freemium business.

Drop.io – Founded in 2007, Drop.io, a real-time online collaboration and file-sharing service, offers an upgrade to 25 GB of storage for $10 a year. Through the freemium model, Drop.io saw a 500 percent increase in revenue in 2009.

For freemium companies, growth comes not only from new customers, but more often from existing ones. If clients are happy with the free portion of a service, they’re substantially more likely to pay a small fee to get additional services. More importantly, they’re the ones who evangelize your business on social networks and blogs, as well as tout it to friends and family. Furthermore, the customers who trust the product so much they are willing to pay are even more inclined to refer their friends and family.

“Try before you buy” is a mantra that the Web has fostered since the early days of shareware. And freemium businesses fit snugly within this model. At the same time, they leverage a large base of loyal users to generate revenue — something subscription-based companies can struggle with, since they must simultaneously build that user base and convince it to pay a recurring fee.

Converting free users is a tricky dance, but the best way to do it is to make premium customers feel especially important. This can include sneak peeks at beta versions and first crack at new products and features from your company. (Ironically, this can bring user referrals full circle.) It’s also a good idea to give free users a taste of what’s behind the pay wall.

Though it may seem counterintuitive to give a product away for free in hopes that a customer would pay for an upgrade, the success of the companies above (not to mention the overwhelming success of social network game companies like Zynga and Playdom) speaks volumes.

There isn’t a universal business model that fits every company, of course, but as you explore options, don’t obsess over the “free” part of freemium and rule it out automatically.  With a high conversion rate and its ability to create an incredibly loyal audience, freemium has become a cornerstone of many successful startups.