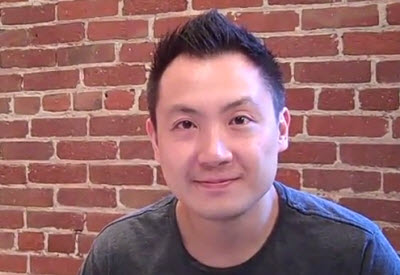 Booyah launched today its InCrowd mobile social app for the iPhone. The app, one of the first to utilize Facebook Places, is the latest attempt to loop social gaming services and the location stack. Using art and game mechanics from Nightclub City and MyTown, Booyah is pushing the envelop of the involvement of location and brands in social gaming far beyond where rivals such as Foursquare, Loopt and Gowalla have taken it.

This leading edge approach fits the style of Keith Lee, chief executive of Booyah, who previously worked at Blizzard Entertainment, one of the most celebrated traditional game publishers. We recently interviewed Lee on video and talked about his apps, learnings, and vision for Facebook social gaming. Lee sees social games converging with mobile platforms over time and feels that all developers should think about a dual strategy on both mobile and Facebook in order to succeed. Mobile can potentially deliver better average revenue per user, but it suffers from a hugely fragmented market. That makes it hard to acquire new users. Facebook Connect, which  brings your friends into a mobile device, helps alleviate that problem. That gives us some insight into the launch of InCrowd, a title that helps people interact with other location-based users in a richer more playful way than previous location based apps.

Booyah raised $4.5 million from Kleiner Perkins’ $100 million iFund last year. The company has the pedigree to make real-world mobile gaming work. Its three founders were instrumental in making games at Blizzard Entertainment, now part of Activision Blizzard, like Diablo II and at Insomniac Games with titles such as Resistance: Fall of Man and the original Ratchet & Clank.

Check out our video of Lee below, where Lee talks about how Booyah runs its business. Sana Choudary runs the social gaming division of social game studio Somatone Interative. She also organizes the SF Game Developer’s workshop, a bimonthly series on game design, production and monetization.