Editor's note: And this is why we have Bitmob (read to the end to find out what I mean by that). -Shoe 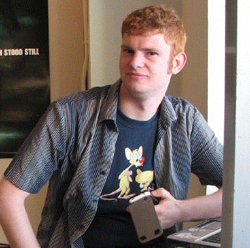 (This article continues the conversation from part 1, part 2, and part 3 of this series)

This is one of the last things Ben Paddon of Game Journalists Are Incompetent Fuckwits said to me in our email exchange:

"I'm nowhere near as angry about as I come across on my blog — I play the role of an exaggerated character to prove a point — but I'm hugely disappointed that there is very little media out there to reflect the interests of people like me. So far as I'm concerned game journalism died the day Amiga Power closed its doors."

Amiga Power was a video-game magazine known for its irreverence, willingness to buck trends, and focus on gaming being fun. By dropping the name, Ben may be indicating that he is not actually complaining about video-game journalism so much as he is mourning a specific style of writing about video games which he feels has been lost. This makes Ben’s position much easier to understand, because laments about “the state of video-game journalism” imply that the industry is a single mass whose proposed sins and lapses are communal and all-encompassing. Of all the veils to be pulled away in our discussion, this one may be the most important, because the implication is patently untrue. 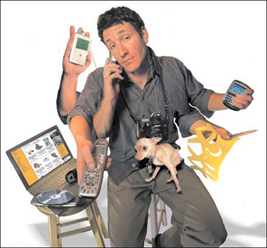 There’s a reason why Ben picks on Kotaku and Destructoid so often. As blog sites, they depend upon a tremendous amount of content to keep them fueled and moving. The more product a site has to publish on a daily basis, the less discerning it can be as to what that content is. But in the interest of making sure that our perceptions of blog sites are accurate, let’s dismiss the common complaint that all they do is publish garbage and recycle each others’ content in order to fill page space.

Kyle Orland made his mark in video-game journalism by turning a critical lens on the industry itself, but he’s extremely fair in terms of how he conducts his analysis. In this Press Pass column, Orland breaks down the three most common complaints about gaming blogs and tests their veracity: that blogs don’t do any original writing, they post fluff instead of real news, and they just steal content from each other. Orland’s conclusion, based on some painstaking analysis, is that these charges aren’t entirely fair, but that these sites are admittedly often too focused on quantity over quality. Not all video game websites, however, are blog sites.

There is no dearth of quality in video-games writing, if one takes the time to look for it. Gamasutra, Develop, and Edge are all industry-centric websites that feature news coverage in the vein of typical journalism and often feature editorial content written by industry insiders in a very raw and honest form. The Brainy Gamer tends to wax academic but represents an entirely new way of discussing video games for many readers and serves as an excellent gateway into an entirely new realm of discourse around gaming through related sites and authors. The magazine Kill Screen almost reads like a scholarly journal due to the exceptional quality of the writing. If there is actually a legitimate problem with video-games journalism, it may be the lack of adequate size and scope.

I asked one of my gaming journalist sources if they knew who was writing about video games back in the early- to mid-1980s, and I was given a single name: Bill Kunkel, described by Kyle Orland as "the grandfather of video game journalism." When the Nintendo Entertainment System exploded in 1987, the video-game-journalism industry we know today was born, with familiar names like EGM, GamePro, Game Informer, and of course Nintendo Power entering the scene…but these were still magazines aimed at a special class of people, "the video-game fans," and not the general public.

Warren Spector recently made a poignant observation about video games "coming out of the period where I describe them as the medium adults don’t get." We are in an in-between period right now. Gone are the days where video games were the exclusive province of the nerd such that writing exclusively to this audience can be effective, but video games aren’t mainstream enough yet to warrant dedicated media for all the various facets of its culture. Therefore, sites like Kotaku aim to be “The Gamer’s Guide” and in doing so commit themselves to covering far too much content to be able to cover any of it particularly well.

As video games pass through this in-between period and the truly mainstream, it is not unreasonable to suggest that writing about them is going to develop along a parallel track to how film is currently covered. There are a plethora of magazines and websites about film and movies that often cover the subject matter from very specific angles, because each of those niches has a large enough audience to support publications that cater specifically to them. We are already beginning to see this diversification in the video-game press.

Susan Arendt is the senior editor of The Escapist and has spent over a decade writing for both the independent and professional video-game media. This grants her a unique perspective on where video-game writing came from, where it stands today, and where it is going. She shared some of this in email with me recently and gave me permission to reprint it here:

"A large swath of the gaming industry — on the journalism side, that is — are still very defensive about gaming being Something That Matters, because they grew up feeling like insecure outsiders. This is their chance to be the cool kids, and so they act like writing about videogames is on par with curing cancer. They don't want the average joe to read their stuff, or to play games at all, really, because if everyone gets into gaming then they feel like they won't be special anymore.

"They speak only to the hardcore, they long to show off how much they know, and they're all oh-so-jaded and above it all. They like nothing more than to catch a developer in a mistake, as though we're all in some kind of adversarial relationship. There's far too much snark and disdain in current game writing. In other words, there's not enough love, appreciation, and fun.

"Games are awesome. More people playing games is awesome. Game journalism should be about sharing, not about excluding. Many writers have yet to figure that out."

The Escapist was founded, in part, on the principles of New Games Journalism. It is a doctrine espoused by Kieron Gillen in 2004 which any aspiring video-game journalist should read at the very least for familiarity but also as a different way to look at the vocation they are choosing. In essence, New Games Journalism suggests that discussions of our experiences from a personal level, rather than any attempt at objectivity, will bear more fruitful and meaningful results.

This was the philosophy that Amiga Power tapped into. The Escapist is also founded on the long form and is one of few sites to publish an open editorial calendar that anyone may pitch to. GamePro is making strides toward providing quality editorial, as well. There will be more magazines and websites which follow in these footsteps…over time. 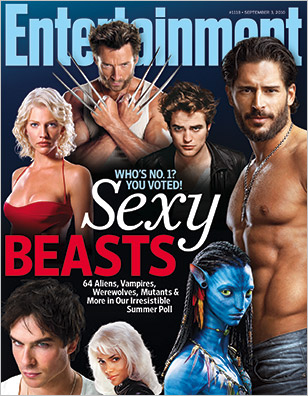 The essence of the core triad of video-games journalism (i.e., news, reviews, and previews) is not likely to change in the immediate future. They are likely to always reflect what we see in Entertainment Weekly: shallow, surface-level coverage punctuated with the occasional interview that reiterates the public relations talking points. There’s nothing deep to be said in Modern Warfare 18's previews; all that needs conveying is that it’s coming, and hey, here are some screenshots!

For most gaming sites, reviews are always going to be subjective and therefore of limited value to anyone other than PR firms and Metacritic tabulation. “News” is always going to be limited to event coverage and industry buzz until and unless the video game industry itself opens up and gets out from behind the PR shield. Perhaps the indie developers can lead that charge, but they also have much less at stake financially and thus can afford to take greater risks.

Where there will be constant room for improvement and growth is in the realm of editorial and opinion writing, but this is something that the audience needs to grow into, and by this we do not mean "grow up." A taste for mature writing about video games doesn’t universally develop with age. I have many O.G. (original gamer) friends in their mid-to-late 30s who could care less about anything in the video-game media outside the typical news/reviews/previews cycle.

It's a matter of raw percentages: As video games grow more popular and accepted, the number of people who follow the corresponding media will increase accordingly, and the number of readers who want content off the beaten path will slowly reach a critical mass that can support multiple outlets, be they websites or print publications. For Ben Paddon and the other readers, it’s just a waiting game.

For those of us who aspire to be video-game writers and who have a taste for headier fare than the industry may ask of us in full-time postions, however, it’s a more dicey situation. The fact is that most of the video-game writers I know whose current stock and trade are thoughtful consideration of gaming culture or classic criticism are either freelancers or have graduated into editorial positions.

Serious writing about video games may not be a potential full-time job for many years, such that anyone who wants to break into this industry should be prepared to swallow heaping mouthfuls of the less interesting aspects of video-games journalism in order to earn the right to produce higher-quality content later on.

The only "solution" to any real problem with video-game journalism is patience. The best we can do is seek out the best content, learn from it, and add our voice to the conversation through writing in receptive independent outlets. When our dues are paid, and the appropriate outlets come into existence, we'll be ready.

Dennis Scimeca is the editor in chief of the English website Game Kudos and a contributor to Gamer Limit. If you tweet him @DennisScimeca, he may get back to you but is often distracted by the shiny new toy that is his iPhone.