(Editor’s note: Serial entrepreneur Steve Blank is the author of Four Steps to the Epiphany. This column is an abbreviated version of a post that originally appeared on his blog.)

My two daughters are now in college and have put their toes in the working world with summer jobs. As they’ve grown older, they’ve heard their parent’s advice about women in the workforce. 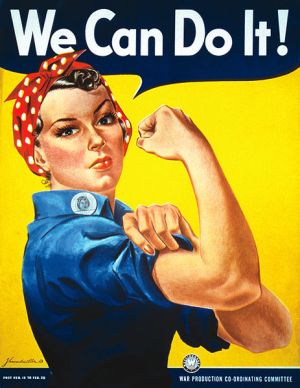 This post is not advice. Nor is it a recommendation of what you should do. It’s simply my interpretation of what I have observed. Our circumstances were unique, times have changed, and your conclusions and opinions will most certainly differ.

When my girls were younger and started to play soccer, I used to remind them, “Make sure the people on the field aren’t carrying sticks – because if they’re playing field hockey while you’re playing soccer, you’re going to get hurt.”

As they got older, they understood I wasn’t only talking about sports but that I was trying to teach them how to figure out the rules of any game they were about to play – and that included the workplace.

My advice to our daughters about women in the workplace has been pretty simple:

Time will tell whether we gave our daughters good advice.