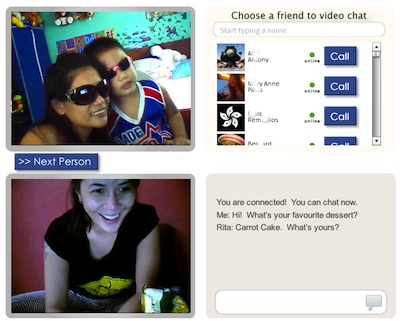 vChatter says it avoids that problem by checking screenshots of the chats to make sure they’re family-friendly. It’s a Facebook app, and any obscene behavior will be tied to your Facebook identity.

The Menlo Park, Calif. startup was cofounded by Bunker (who previously cofounded dating site One-and-Only.com, which became part of Match.com when it was purchased by Ticketmaster), Hitesh Parashar, and Dan Owen. They launched the app in May, and the company says it now has 1.7 million users, who have made 15 million calls.

The funding comes from family and friends, as well as Bunker and Owen.