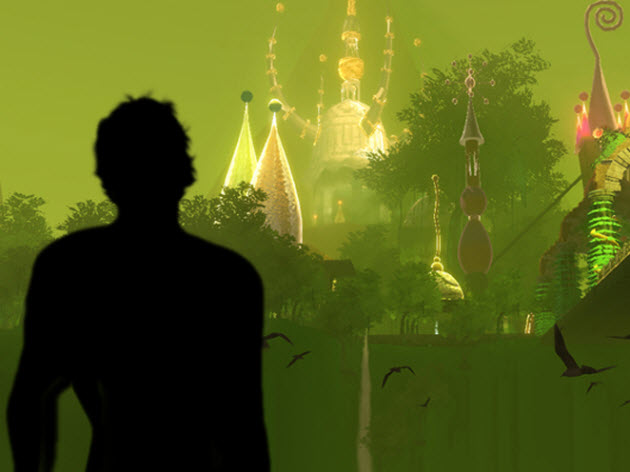 Wagner James Au has specialized in writing about 3D virtual worlds. Under the name Hamlet Au, he has reported from inside Linden Lab‘s virtual world of Second Life for three years and he still maintains a blog about it. But now he is moving on to the greener pastures of the latest cool virtual world, Blue Mars.

Journalists are fickle. But Au’s shift from Second Life to Blue Mars — a terraformed virtual planet where he will write an in-world blog dubbed Blue World Notes — is like an epitaph for an era and the beginning of a new one.

There is a business opportunity here, as one generation of technology gives way to another. World of Warcraft, a six-year-old fantasy role-playing virtual world, has more than 11 million users and generates more than a billion dollars a year in revenue for publisher Blizzard Entertainment, a division of Activision Blizzard. By contrast, virtual worlds such as Tabula Rasa and All Points Bulletin never caught on, resulting in losses of tens of millions of dollars. If opinion makers such as Au say that one world is cool and another one obsolete, other users may take notice.

Second Life itself was built mostly on its perception of coolness. Founded in 2003 by Philip Rosedale, Linden Lab’s Second Life became a virtual world in which Residents, as users of the online world were called, could create anything they wanted. Second Life’s growth really took off as it stopped charging subscription fees and users began engaging in commerce, selling the virtual goods they created. (Au is pictured left with his Second Life avatar).

Second Life went into its own hype cycle a few years ago, landing on the cover of Time magazine in 2006. One company, Digital Pastry, which makes women’s shoes for Second Life, has generated more than $1 million in revenues from the sale of 200,000 pairs of virtual shoes since early 2007, for example. But as corporations such as IBM and Dell moved to cash in, users got tired of the fad. They moved on instead to the simpler graphics and to Facebook.

Vivaty, Metaplace and There.com shut down their virtual worlds. Second Life has held its own, generating lots of e-commerce and some user growth; but it also succumbed in some ways as its parent firm lost its chief executive and laid off 30 percent of its staff; its efforts to become a productivity tool for real-world enterprises has stalled. Watching these developments, Au, who is the author of The Making of Second Life, wonders if Second Life has lost its mojo. 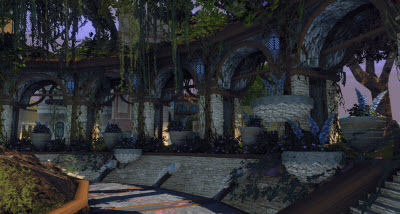 “I’m convinced that Blue Mars is the cutting edge,” said Au, in an interview. “It’s been thrilling and frustrating to see Second Life’s trajectory. It could take them a long time to fix their problems. ”

Au said he believes that if any virtual world has a chance of unseating social networks, then it will be something that looks like Blue Mars. Blue Mars’ graphics are based on the visually arresting 3D engine from Crytek that powered games such as Crysis, but its activities are aimed at casual game players, such as those who enjoy parlor games on web sites or social games on Facebook. Au thinks that somebody will pick up the mantle of building a community around user-generated content. That passion is why the Honolulu-based maker of Blue Mars, Avatar Reality, chose Au for the job. As he was with Linden Lab from 2003 to 2006, Au will be a paid contractor for Avatar Reality, though Au says he will remain objective when reporting.

It will be very tough for any virtual world to reach the kind of mass market that Facebook has secured. One problem is that 3D worlds have often required hefty computers and big downloads. Second Life’s flaw is that it takes a couple of hours to learn how to navigate through it, whereas other virtual activities are instantly fun. Avatar Reality is hoping to achieve an instantly playable yet gorgeous 3D graphics world through cloud computing. Once Blue Mars launches that capability (which would resemble technologies being fielded by OnLive, Otoy and Gaikai), users will be able to participate in the high-end 3D world even if they don’t have sophisticated computers. That may happen in the next couple of quarters. 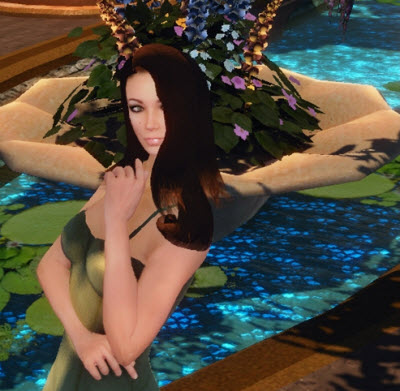 Au isn’t alone in defecting to Blue Mars. John Zdanowski, former chief financial officer of Linden Lab, is now Avatar Reality’s CFO. Au will be joined in Blue Mars by virtual style and fashion columnist Janine “Iris Ophelia” Hawkins (pictured in avatar form, right). Au paid heed earlier this year when a group of die-hard Second Life “steampunk” artists set up shop in Blue Mars as if they were colonists. Au thinks that Blue Mars will be more attractive to the broader third-party development community because it embraces the kind of graphics tools that animators already use.

Blue Mars launched its open beta in October, 2009, and began selling virtual land to third-party developers in January. The company was founded in 2006 by Henk Rogers, who introduced Tetris to the world, and Kazuyuki Hashimoto, former chief technology officer of Squaresoft and former vice president at Electronic Arts.