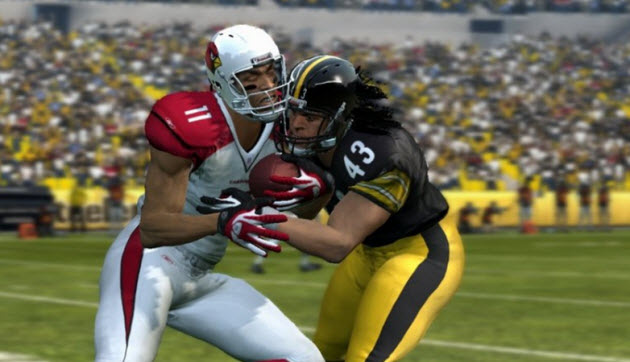 It must have been too sunny in August to stay indoors and play video games. Overall U.S. console game sales fell 10 percent in August, continuing the trend of weakness for the industry once described as “recession proof.”

The sales for the month amounted to the worst August on record since 2006, said Anita Frazier, analyst at market researcher NPD Group. The blame falls squarely on portable hardware, software and accessories — which were collectively down 25 percent, compared to a 6 percent drop for console games.

You might think that the game industry is dying from these lackluster reports. But the weakness is more with the physical retail sale of brand new games. NPD will soon count the growing parts of the industry, which include online game subscriptions, rentals, mobile games, social games and other categories.

The core console retail weakness also was due in part to the dearth of new titles introduced during the month. Take-Two Interactive’s Mafia II sold a disappointing 121,000 units. And sales of Electronic Arts’ staple Madden NFL Football game were also relatively weak compared to past seasons — despite taking the No. 1 and No. 2 slots in top 10 game sales, according to market researcher. Square Enix’s new release, Kane & Lynch 2, didn’t even show up in the top 10 chart.

In July, console game sales fell 1 percent, but PC game sales soared 103 percent because of strong sales of StarCraft II. Blizzard Entertainment said that StarCraft II sold 3 million units in its first month. Game industry sales once defied the economic downturn in late 2008 and early 2009. But for more than a year, sales have been disappointing. Part of the reason may the explosive growth of free games on the iPhone and Facebook. Thanks to StarCraft II, PC game sales were up 35 percent compared to a year ago.

Electronic Arts had the top two positions in the top games of the month on consoles, with Madden NFL Football 11 on the Xbox 360 at No. 1 and on the PS 3 at No. 2. Combined, Madden sold a respectable 1.8 million units.

Nintendo’s Super Mario Galaxy 2 for the Wii ranked third, selling 124,600 units, while Mafia II was fourth at 121,600. New Super Mario Bros. for the DS was fifth at 110,400 units sold. In September, Microsoft could rescue the market as it launches Halo: Reach, the latest in a blockbuster sci-fi shooting series that has sold more than 30 million units.