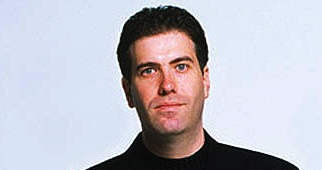 Kevin Bachus is known as the co-creator of Microsoft’s Xbox video game console. At the time of its origin, most people thought the Xbox was a big joke, but almost a decade later, it is a multibillion dollar business. Now, Bachus is becoming the chief product officer at Bebo, the also-ran social network that AOL unloaded earlier this summer.

Bebo has gotten a second chance at life, but with about 20 million monthly unique users, it has very little chance of catching up to Facebook. But in an interview, Bachus said the goal isn’t to become the dominant player in social networking. Rather, he thinks Bebo has a solid chance at becoming an alternative social network whose aim is to keep people entertained.

AOL bought the San Francisco-based company for $850 million in 2008 as its bid to challenge Facebook. But the deal didn’t pan out, and in June it unloaded Bebo for less than $10 million. At the time of the AOL purchase, Bebo said it had 40 million users and was growing fast. In the United Kingdom, it was the second-largest social network, just behind Facebook. By the time it was sold, the number had sunk back down to 12 million. But Bachus said the company’s sale to Criterion Capital Partners removed uncertainty around Bebo’s future, prompting users to come back.

“People realized it wasn’t going away,” Bachus said. “There may have been apprehension about it. But it’s large and growing.”

Like the other smaller social network, hi5, Bachus thinks there’s room for Bebo if it focuses on fun entertainment such as video games, premium videos, and mobile access. He notes that the average age of Bebo users is just 17, so it already has younger, more active, and different users than the bigger social networks. About 40 percent of the users are in the UK.

Although Bachus is known in game circles, he has also rounded out his entertainment experience working with other entertainment companies in Los Angeles as an investor and consultant in the past couple of years.

Bachus joins other recent hires at the 25-person company: chief technology officer Akash Garg, co-founder of hi5, and vice president of operations Aren Sanderson, a member of the founding team at Oodle. Adam Levin, chief executive of Bebo and managing director of Criterion, says the hiring of Bachus is a signal that the company is serious about revitalizing the social network.

Bachus was one of the four individuals — Seamus Blackley, Ted Hase, and Otto Berkes are the others — who started working on the Xbox game console to head off the threat from the Sony PlayStation 2, which the Japanese company hoped would supplant the Windows PC in the home. (I wrote about this is my book, Opening the Xbox). They convinced Bill Gates and industry naysayers that Microsoft could become a credible force in games. Their initiative was a model for how to start a brand new business within an industry behemoth. Bachus’ job was to convince third-party publishers to make games for the Xbox — without getting laughed out of the room.

But Bachus left before the Xbox shipped and joined Blackley at Capital Entertainment Group, which focused on producing games from independent game makers. Then he became president and later chief executive of Infinium Labs, a digital game distribution company that never got its product out the door and ran afoul of regulators. He also served as head of Nival Interactive, the largest game developer in Eastern Europe. Since he left Nival a couple of years ago, Bachus worked as senior vice president of service for PlaydayTV and as a consultant for digital distribution firm IMHO.

Bachus says about half of Bebo’s 117 million registered users visited Bebo in the last year. Like MySpace, Bebo has a more customizable platform than Facebook, allowing for more self-expression, Bachus said. The focus will be on generating premium content and improving communication within Bebo.

“The thing that frightens me in the social space, is people look at it as one giant monolithic thing, where Facebook will dominate,” he said. “But it is really like the game industry, where people see the big companies and don’t see the nuances and the opportunities. It’s not a zero-sum game with just one winner. Social networking is in its infancy, and as the market matures, social networks like ours will find an area to specialize in.”