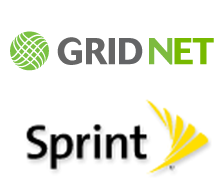 its smart grid platform through the carrier’s 4G network.

The use of 4G and the partnership with Sprint is a first for  smart grid industry, and Grid Net says its 4G-ready products are available today. Sprint unveiled its 4G network earlier this year in conjunction with its hot-selling HTC Evo 4G phone, and claims the network can deliver data transfer at speeds up to 10 times that of 3G networks.

Pairing the sexy 4G network with smart meter communications could be a strong selling tool — in Grid Net’s case, it means faster data transfer paired with secure WiMax products. Grid Net is unique — and alone — in the smart grid field for championing the use of the WiMax protocol, which is fast and secure, but also expensive. It’ll be interesting to see whether the partnership with Sprint will add enough oomph to propel Grid Net and WiMax to the front of the race — or at least attract more customers for the San Francisco-based company.

Grid Net needs to sell utility companies on WiMax technology in order to pull ahead in the smart grid industry’s protocol war. Some players, like SmartSynch, trumpet public, cellular networks through partnerships with players like AT&T. Others — companies like Trilliant — stand by private mesh networks.

In a call with VentureBeat, executive vice president and chief strategy officer Andres Carvallo reiterated the pitch for WiMax, dinging competitors’ radio frequency (RF) mesh networks, which remain among the most popular with smart grid companies.

The Sprint 4G partnership is the latest in a stream of good news for Grid Net. The company scored when it successfully recruited Carvallo himself away from Austin Energy earlier this year. At the Texas utility company, Carvallo played a key role in the deployment of the first smart grid in the country and built a name for himself as a smart grid leader and visionary.