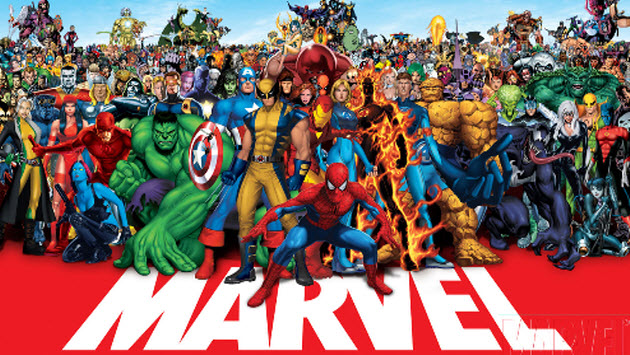 Smith & Tinker, a high-profile game startup, is revealing today it will make a Facebook and Apple iPhone game based on Marvel Entertainment‘s superhero characters.

For Marvel, the deal is a move into the fastest-growing sectors of the game business. For Bellevue, Wash.-based Smith & Tinker, it is an opportunity to use a big brand to make a splashy debut in social and mobile games.

Under the deal, Smith & Tinker will make a “digital collectible game,” where gamers can collect a bunch of characters and battle with them online in a persistent Marvel universe. The characters licensed from Marvel include Iron Man, Spider-Man, Hulk, X-Men, Wolverine, Thor, and Captain America. The game will debut on Facebook and on the Apple iOS (the operating system for the iPhone, iPod Touch, and the iPad) next year.

Marvel is chasing consumers on the new platforms audiences are gravitating to for their digital entertainment, said Andreea Enache-Thune, vice president of games and digital and Marvel. Smith & Tinker is specializing in creating cool experiences online.

The deal could help turn things around for Smith & Tinker. Last fall, the company launched Nanovor, a fighting game for boys that could be played both online and on a $50 toy sold at retail. But the game didn’t sell that well, despite heavy TV advertising, and Smith & Tinker had to pivot to a new strategy. It laid off a bunch of employees and shifted to online-only games.

The company was able to do that because it raised $29 million in venture capital and because its founders — Joe Lawandus and Jordan Weisman — are heavyweights in the game and entertainment industries. Weisman founded entertainment companies 42 Entertainment, Virtual World Entertainment, FASA, and WizKids; Lawandus is a former Disney executive. (Marvel is now owned by Disney).

The timing for a game next year could be good, since movies based on the Thor and Captain America characters are scheduled to debut then. But Weisman said in an interview that the online game will feature all of the Marvel characters. Fans can collect characters and battle, either from their computers or mobile devices. In that sense, the game is much like Nanovor, a Pokemon-like game where you collect little monsters and train them for battle. But the Marvel game stands a much better chance of picking up interest because of the power of the company’s brand.

Smith & Tinker has 25 employees and was founded in 2007. Marvel has a number of other games in the works at Activision Blizzard, which makes console games based on Marvel characters, and at Gazillion, which is making both Marvel Super Hero Squad (through its Amazing Society acquisition) and a massively multiplayer online game based on the Marvel universe.