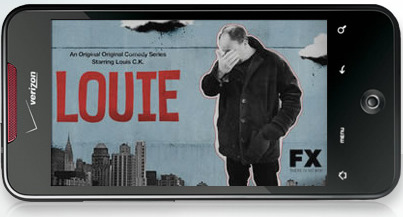 Bitbop is one of 70 companies chosen by VentureBeat to launch at the DEMO Fall 2010 event taking place this week in Silicon Valley. After our selection, the companies pay a fee to present. Our coverage of them remains objective.

Streaming mobile video startup Bitbop was dubbed “the Hulu of mobile” when it launched back in March. Bitbop offers access to a hefty selection of popular TV shows for $9.99 a month. It’s adding movies to its library soon, but those will only be available on a pay-per-view basis. Thus far, the company has only supported certain BlackBerrys, but today at DEMO, Bitbop is officially launching its app on a slew of Android devices.

The services works over 3G, 4G, and Wi-Fi, so you don’t have to be worried about being tied down to a wireless network. It comes from Fox Mobile Group, a division of Rupert Murdoch’s News Corp.

The service competes with Hulu’s own mobile offering, which also requires a $9.99-a-month Hulu Plus membership but so far is only available on the iPhone. BitBop offers a handful of shows, like the überpopular “Jersey Shore”, that Hulu doesn’t have access to on its site — so it may be able to attract hardcore fans on that fact alone. (The conflict is curious, though, since News Corp. is an investor in Hulu and provides it with online versions of its TV shows and movies.)

Bitbop also allows users to download episodes, instead of just streaming — an advantage that may put it ahead of Hulu and Netflix for many.

Like any mobile video offering worth its salt, BitBop’s platform uses variable bitrate streaming to automatically adjust video quality depending on available bandwidth. The platform also offers social media integration (Facebook and Twitter), and carrier billing, among other features.

Bitbop has its roots in Jamba, a company founded in 2000. VeriSign and Fox turned that company into a joint venture in 2006, and Fox bought out VeriSign in 2008, turning the unit into Fox Mobile.