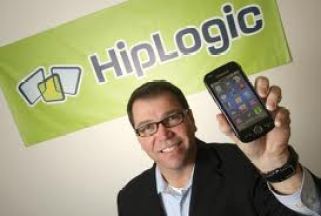 HipLogic is one of 70 companies chosen by VentureBeat to launch at the DEMO Fall 2010 event taking place this week in Silicon Valley. After our selection, the companies pay a fee to present. Our coverage of them remains objective.

The startup HipLogic has for some time offered social media and news feeds for Nokia and Windows Mobile phones. Today at DEMO, HipLogic CEO Mark Anderson (pictured right) is announcing that his company is bringing its software to Android phones with the Spark app.

The app brings Facebook, Twitter, and news feeds to your Android phone in one easy-to-read screen, and updates them in real time. It uses a next-generation version of HipLogic’s MobiJax virtual machine platform which allows it to mimic a full operating system and works in conjunction with the company’s Web services to deliver content. The MobiJax platform allows for multitasking, and since it’s virtualized, users can log into their HipLogic home screen across multiple devices.

HipLogic also offers an app store within Spark so users can customize their home screens even further. The app is a followup to HipLogic Live, the company’s home-screen app for Nokia and Windows Mobile which has users in 185 countries and is available in eight languages.

The Fremont, Calif., company was founded in 2005 under the name Numobiq, and currently has less than 50 employees. Thus far it has raised $13 million from Benchmark Capital, Bay Partners, Stage 1 Ventures, and Route 2 Digital.