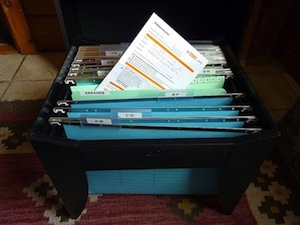 A Philippines-based startup called Insync is launching the latest version of its document synchronizing product today. It might seem tough for a company that you probably haven’t heard of to challenge better-known competitors like Dropbox, SugarSync, Syncplicity, but Insync is hoping to attract users with the help of Google, since the new product integrates with Google Apps.

Cofounder and chief executive Terence Pua said the closest competition comes from Dropbox, a service where users drag files into special folders, then those files are backed up and synchronized across devices. (Dropbox is backed by well-known venture firms Sequoia Capital and Accel Partners, as well as VentureBeat investor Amidzad Partners.)

The main difference lies in what Pua calls Insync’s “deep Googly integration.” Once users download the application, they can log in using their Google Apps account. All the files in your Insync folders are also stored in Google Docs. Changes to the Insync version are reflected in Google, and vice versa. Pua said that he’s a Google Docs user who was frustrated with the lack of integration with the desktop word processors on his Mac. So it seemed like a smart move to build Google integration on top of the document sync product that Insync had already been working on. (Pua demonstrated an earlier version to me about a year ago.)

You can watch a demo video of the service below. The video’s description of the product as “the real GDrive” (G stands for Google, natch) brings to mind another competitor, Memeo, which also released a document syncing service that it calls the GDrive, as well as rumors of a Google-branded cloud-storage service.But Insync seems to place a stronger emphasis on team usage, with pooled storage options for a single team and the ability to track document updates from multiple users.

Insync has raised $325,000 in seed funding from PhiLabs. It offers free personal and business versions, though companies who want to use more than 1 gigabyte of storage or who sign up more than five users will need to pay. You can read more about Insync in the Google Apps Marketplace.