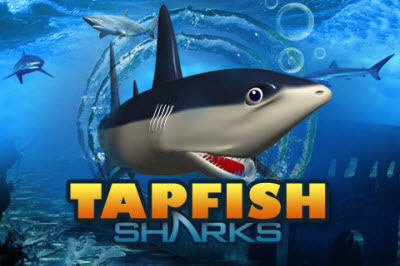 Japan’s mobile gaming powerhouse DeNA is moving deeper into the U.S. today with the announcement that it has acquired mobile social game developer Gameview for an undisclosed price.

DeNA isn’t a household name, but the company, which operates the Mobage-Town mobile social gaming portal in Japan, says it is on track to generate $1 billion in revenue in 2010.  That means it will likely generate more social game revenues than Zynga this year. DeNA says it has more than 20 million subscribers.

Gameview, formerly known as Bayview Labs, has made social games such as Tap Fish: Sharks (pictured) and Tap Birds. Based in Mountain View, Calif., Gameview has created apps for Apple’s iPhone and related devices. Now it is moving into the Android cell phone market.

DeNA has also made other investments in U.S. companies. It acquired U.S. game studio IceBreaker in August of last year, and it made a 20 percent investment in mobile social game platform firm Aurora Feint in October of last year. Earlier this year, it announced it would create a gaming portal with Yahoo and announced a $27.5 million social gaming venture fund. It also formed a strategic partnership with Namco Bandai and said it would generate $1 billion in revenue this year. 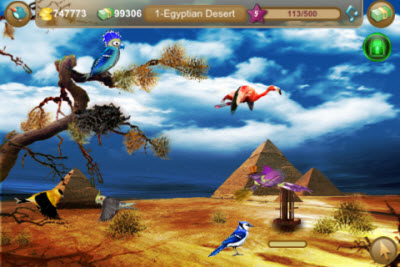 DeNA’s strategy is “X-device, X-border.” That means that it wants to create apps that run on any device in any region of the world. The deal today is consistent with the company’s mission of expanding its mobile reach, said Tomoko Namba, chief executive of DeNA. DeNA will promote an alliance between Gameview and DeNA’s smartphone subsdiary, MiniNation.

Gameview’s  first three games alone have been downloaded more than 10 million times. The company is self-funded.