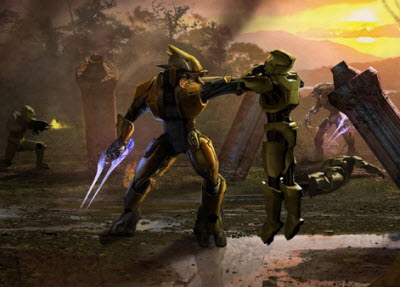 Halo: Reach has become the biggest game of the year in just 24 hours. During one day, the Xbox 360 game generated $200 million in sales in the U.S. and Europe, according to publisher Microsoft.

It’s “the biggest game Microsoft has ever released,” said Phil Spencer, the corporate vice president of Microsoft Game Studios, in a statement. “Every major installment has grown in scope and popularity, firmly cementing the ‘Halo’ franchise as one of the most popular entertainment properties in the world over the past decade.”

The game went on sale at midnight at tens of thousands of retailers worldwide early Tuesday. At $60 each, the number suggests that Microsoft sold 3.3 million units in a day. (However, some of the game bundles are more expensive).

The game is a proper exit for Bungie, which has developed the Halo series since the first game launched in 2001. Bungie is moving on to a new gaming universe, and Microsoft’s 343 Industries studio will take over the Halo games in the future. Bungie sure knows how to go out with a bang. Now the lifetime sales of Halo games have topped $2 billion.

The new release eclipsed the previous bestseller, Halo 3, which was released in 2007 and generated $170 million in its first 24 hours. Microsoft said that Halo: Reach sales were bigger than the three-day opening weekends of blockbuster movies such as Iron Man 2, Alice in Wonderland and Toy Story 3. I’m two-thirds of the way through the single-player campaign, which has excellent variety.