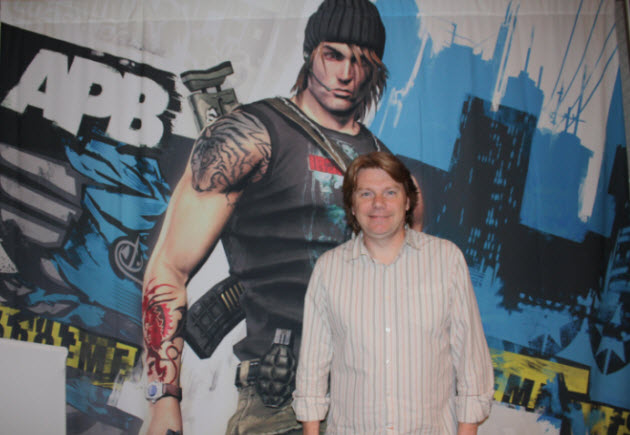 Game makers almost never turn the lights off on a massively multiplayer online game because they’re a license to print money, thanks to all of the subscription revenue.

But Realtime Worlds unfortunately never got off the ground in the first place. The online Grand Theft Auto-style crime MMO is shutting down today after less than three months on the market. It officially qualifies as one of the greatest disasters in video game history, as the game took five years to make and sank Realtime Worlds, which raised more than $100 million.

In a post on APB’s game forums, community officer Ben Bateman announced that, “despite everyone’s best efforts to keep the service running, APB is coming to a close.”

APB’s servers will be turned off tonight. The company’s backers included New Enterprise Associates, CIM Fund, Maverick Capital, and WPP. As we noted before, the lesson for those companies is the old saying that it’s hard to pick the hits. This is a big smoking crater. VCs will probably point to this example the next time a game developer comes to them and asks for funding for a traditional online game studio.

APB was a Grand Theft Auto-style MMO published on June 29 by Electronic Arts. The game was universally panned by critics. It got an average 58 out of 100 review score on Metacritic, which aggregates reviews. In concept, it wasn’t such a bad idea from the mind of Jones.

Realtime Worlds had previously created Crackdown, a futuristic cops-and-robbers game that took place in an open world urban environment. It was like Grand Theft Auto, but with more of a comic-book style artistry. Propelled by that success, the company built its staff to more than 250 employees and created a publishing alliance with Electronic Arts. It’s scary to think that the company worked on All Points Bulletin for more than five years and only found out now that nobody wanted to play it.

Because that game was so ambitious, Realtime Worlds had all its eggs in one basket. It’s a lot less risky to pour money into mobile game companies or social game companies that launch games on Facebook. Part of the problem was that the game took so long to develop that the game industry had changed in the meantime. Lots of gamers are enjoying free-to-play games, where they play for free but pay real money for virtual goods. Only a few big games, such as World of Warcraft, are healthy enough to command regular subscription fees.

Still, the failure is surprising because of the company’s pedigree. Jones founded the company in 2002 and recruited many of the employees from Rage Software. They raised $30 million from NEA in 2006 and published Crackdown (via Microsoft) in 2007. Crackdown drew lots of accolades and was a commercial success. Work then began on All Points Bulletin. The company raised another $50 million in February, 2008.

But then trouble signs appeared. The game’s launch date never materialized. Gary Dale, former chief operating officer at Take-Two Interactive, became CEO of Realtime Worlds in April, 2009. He replaced Jones, who became creative director. The company raised a last $21 million round in January, 2010, bringing the total raised to $101 million. All the while, Realtime Worlds was working on an interesting virtual world platform that was like a mirror of the real world. After All Points Bulletin bombed, Realtime Worlds cut its work force. In August, just six weeks after the release of All Points Bulletin, the company filed for bankruptcy, laid off much of its work force, and closed its office in Boulder, Colo.