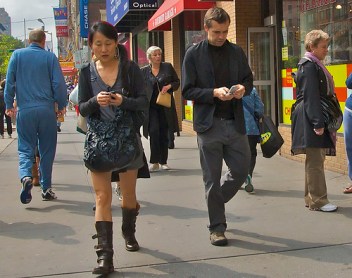 The number of worldwide wireless subscriptions is quickly approaching 75 percent of the Earth’s total population. It’s expected to hit 5 billion this month, according to the market research firm iSuppli.

By the end of the year, global wireless subscriptions are expected to grow by another 100 million to hit 5.1 billion. In addition, the global amount of installed wireless devices will total 4.9 billion by the end of the year, iSuppli says. The difference in numbers accounts for users who purchase extra SIM cards, or subscribe to services for Machine-to-Machine communication systems. iSuppli’s figures include subscriptions for all mobile phones, from basic low-cost handsets to high-end smartphones.

It would be interesting to see how prepaid cellular phones figure into these numbers. It’s harder to track those devices, but we’ve asked iSuppli to see if they have any prepaid figures for comparison.