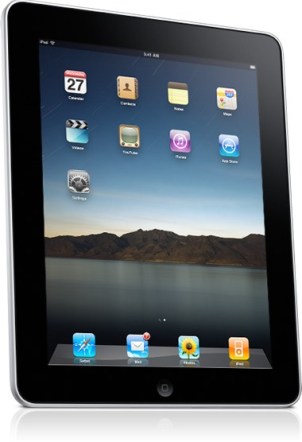 Apple’s iPad is so wildly successful that it seems to be stealing sales from laptops. A Morgan Stanley report shows that notebook sales growth has gone negative in August, and it appears to be because of the iPad, Fortune reports.

Further evidence came from Best Buy CEO Bryan Dunn, who said yesterday in a Wall Street Journal interview that the iPad had cannibalized its laptop sales by as much as 50 percent.

The Morgan Stanley report (see graph below) was based on data from the market research firm NPD, which showed laptop sales growth decelerating (except for a brief surge in February) since the announcement of the iPad in January. When the iPad was released in April, laptop sales growth stood at 11 percent — a figure that dropped steadily over the following months until sales actually fell in August by 4 percent compared to the same time last year.

The report’s author, Morgan Stanley’s Katy Huberty, said that data for the first week of September shows a similar 4 percent drop in sales. She concludes that the iPad, as well as future tablets, will put even further pressure on the PC industry.

NPD’s VP of industry analysis Stephen Baker estimates that the iPad’s cannibalization of the laptop market is about 15 percent, Laptop Magazine reports. “Just because sales are going down the same time iPad sales are out there doesn’t mean that there is this huge replacement right now of iPads by computers,” Baker said. Indeed, there are many other potential reasons why laptop sales have slowed — including a weak economy, and potential over-saturation of the laptop market.

To take advantage of its iPad sales, as well as increased sales of other portable gadgets, Dunn says that Best Buy will rearrange its inventory this holiday season to focus on smartphones, tablets, e-readers, and games. The company announced on Tuesday that it will expand iPad sales to all of its 1,093 stores in the US on September 26.

Given that the iPad was the first entry in an entirely new form factor of computing device, it’s not that much of a surprise that sales of more entrenched computers suffered. The situation is similar to what happened to the desktop computer over the past decade as laptops became more powerful and inexpensive — desktop sales suffered, and laptops became the dominant computing platform for most users. The reports of the demise of these devices are grossly exaggerated. While they were fueled in part by a comment in the Wall Street Journal that was attributed to me, they are not an accurate depiction of what we’re currently seeing. In fact, we see some shifts in consumption patterns, with tablet sales being an incremental opportunity. And as we said during our recent earnings call, we believe computers will remain a very popular gift this holiday because of the very distinct and desirable benefits they offer consumers. That’s why we intend to carry a broad selection of computing products and accessories to address the demand we anticipate this season.