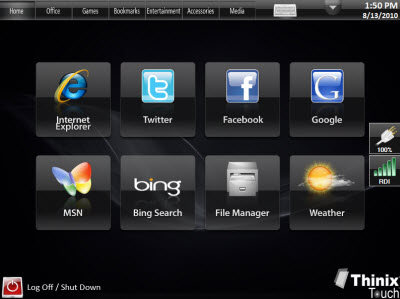 Hewlett-Packard is launching a new version of its TouchSmart desktop computers today with new software that makes computing more intuitive. The company is also unveiling its new HP TouchSmart Apps Center to access free and subscription-based applications that take advantage of the touchscreen interface.

The launch of the app store by the world’s biggest computer maker shows just how pervasive and influential the concept of the app — popularized by Apple’s iPhone and its App Store — has become. It’s not clear how successful the apps or the touchscreens will be, but if HP is introducing them, it means they’ve become mainstream. 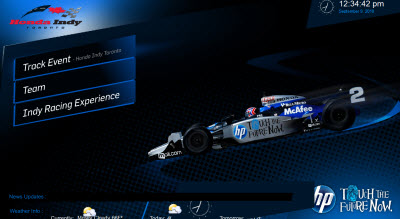 HP has launched four generations of TouchSmart PCs, which can be controlled by someone swiping their fingers across a touch-sensitive display. These computers have taken off in places where a mouse and keyboard are either too cumbersome or complicated. HP has sold its TouchSmarts as displays in retail stores where customers can get access to maps or product demos.

The latest software transforms a user’s boring Windows desktop into a “magic canvas,” which appears to be an overlay on top of the computer screen. You swipe your hand across the display to move the transparent overlay. You can drag applications, music, photos, videos and other web content directly onto the overlay. HP refers to these objects as “magnets” since they are just like the magnets you put on your refrigerator with notes attached to them. You can pick multilayered wallpapers to bring the illusion of 3D depth perception to a screen. You can also browse through material via the carousel at the bottom of the screen — all with the touch of a finger. 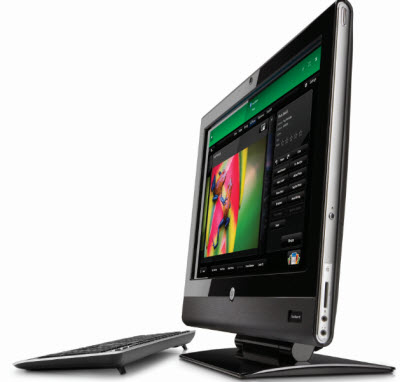 You can use existing TouchSmart apps such as Twitter, Hulu, Netflix, Recipe Box and the HP Music Store powered by Rhapsody. All of those apps can be started and used via finger taps on the touchscreen. You can use the webcam to film a personalized video message and post it directly to your friend’s Facebook wall.

The HP TouchSmart Apps Center has a small collection of apps available now. You can access them via a TouchSmart Carousel. Some of the apps contain a lot of content, such as the Marvel Comics app and the Cartoon Network app. The Marvel app gives you access to more than 8,000 comics. You can tap on them and read them page by page on a a beautiful high-definition display. The Cartoon Network app offers news updates on shows and characters.

HP is doing what it can to make its touchscreen desktops essential to businesses. It has cut deals with corporations such as American Airlines, ESPN, and the San Francisco 49ers — which all plan to install HP TouchSmart 9100 computers. HP also said the National Gallery of Canada is using HP TouchSmart PCs (pictured below) to create a digital art catalog for antique photography. 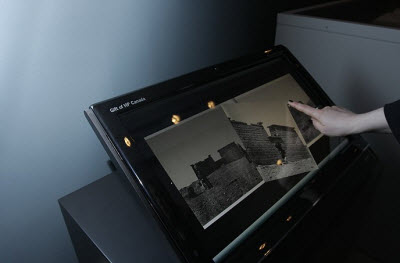