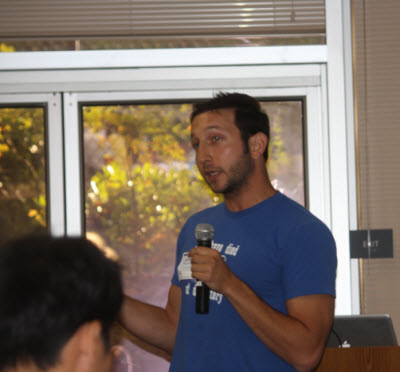 There’s a lot at stake in the changes that Facebook made to its platform tonight, which will affect how users experience games on the world’s biggest social network.

Developers have lost millions of users since Facebook cut back on viral communications on the network in the name of reducing spam. Today, Facebook sought to appease developers by enhancing its platform to be more game friendly. The top Facebook brass talked to a group of game developers tonight at Facebook’s headquarters in Palo Alto, Calif.

Here’s a full video of the question-and-answer session.

s a challenge for everyone building apps. Join us at DiscoveryBeat 2010, and hear secrets from top industry executives about how to profit in the new cross-platform app ecosystem. The conference takes place on October 18th at the Mission Bay Conference Center in San Francisco. Go here for conference details, or to apply to the “Needle in the Haystack” business contest. Early-bird tickets are available until September 22.