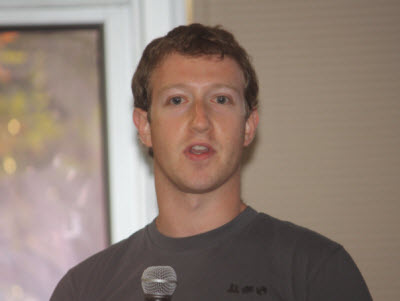 Facebook had a very Solomon-like dilemma with its social network. Should it cater to gamers, who account for a huge portion of the traffic and revenue for the company’s social network? Or should it protect non-gamers from being spammed by all of the game communications on its network?

Mark Zuckerberg, chief executive of Facebook, explained tonight in an event for game developers at the company’s headquarters in Palo Alto, Calif., that the company tried to balance competing concerns as it revised its platform to improve the game experience on its platform.

Among the things Facebook did was create a different experience for gamers and non-gamers. If you’re a gamer, the network will automatically put game applications where they are most visible and give you the full volume of game communications, such as messages from friends that they’ve got a new cow in FarmVille. If you’re not a gamer, Facebook will not surface the game apps or communications for you. In the spring, Facebook cracked down on game notifications, but it may have gone too far.

Check out the video below of Zuckerberg’s explanation for the changes. Also, please take our poll on whether Facebook did the right thing.

Did Facebook make the right changes to improve its platform for games?Market Research

s a challenge for everyone building apps. Join us at DiscoveryBeat 2010, and hear secrets from top industry executives about how to profit in the new cross-platform app ecosystem. The conference takes place on October 18th at the Mission Bay Conference Center in San Francisco. Go here for conference details, or to apply to the “Needle in the Haystack” business contest. Early-bird tickets are available until September 22.