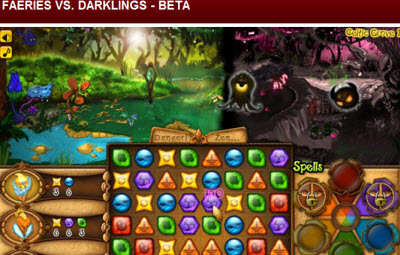 Atari is launching a new initiative today that has created a platform to host mobile and online games created by third-party developers.

The Atari Go initiative will take games created by others and publish them using the company’s existing online games infrastructure. Thom Kozik, head of the business-to-business initative, said in an interview that the company is tapping the infrastructure it inherited when it bought Cryptic Studios at the end of 2008. Cryptic makes and publishes massively multiplayer online games such as Star Trek Online and Champions Online.

Over the years, Cryptic has built infrastructure such as billing systems and customer service. The team of experts in that part of Cryptic’s business amounts to more than 100 people. Now the company can leverage that expertise as it publishes games through Atari Go. Atari is the legendary brand that created games such as Breakout and Pong. But it has gone through ownership changes over the years and is now a relatively small company surrounding by a bunch of larger game companies such as Electronic Arts and Activision Blizzard.

But with the Cryptic talent, Atari figures it has assets that give it an advantage. 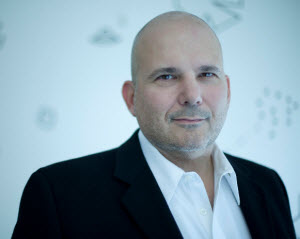 “We already know how to take a game online and scale it up,” Kozik (pictured) said.

There are already a lot of imitation Atari games posted around the web, and those games draw audiences by the tens of millions. Kozik said his company will work on “re-imagined” classic titles and try to lure those gamers away from imitations to the real thing. Atari’s platform will help developers reach new audiences via various friend networks, since the discovery of content is a key problem in the mobile world, Kozik said. Atari will also provide analytics information in addition to marketing and distribution.

Kozik, who joined Atari as executive vice president of online and mobile in March, has more than 25 years of experience in games. He has played leadership roles at Microsoft, Yahoo, Bigpoint and K2 Network. His goal is to work with talented independent developers to build games that can reach a wider audience through Atari. You can imagine the sales pitch: We know you like Asteroids, so you should try this new game.