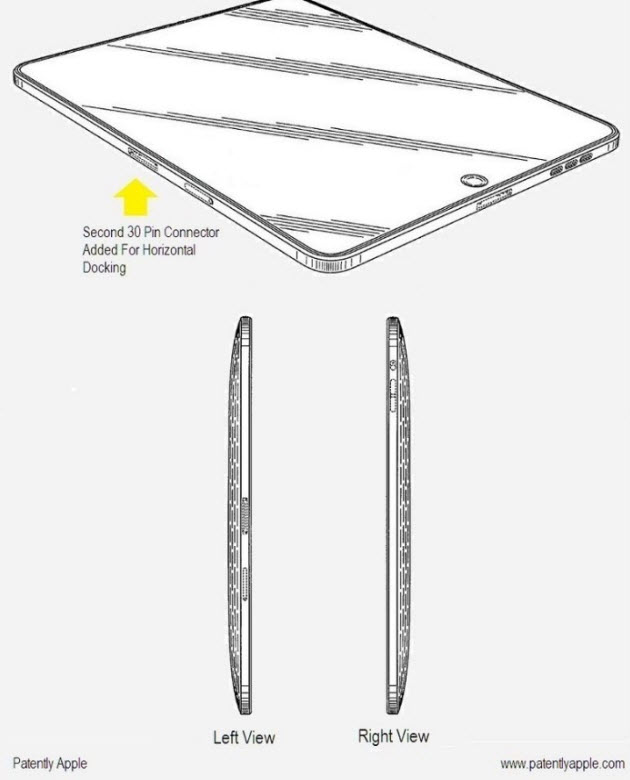 Apple has tipped its hand on future iPad designs by filing for patents in China. According to Patently Apple, the new patent filings show a number of changes to the design of the iPad, which has become the hottest-selling tablet computer in history. 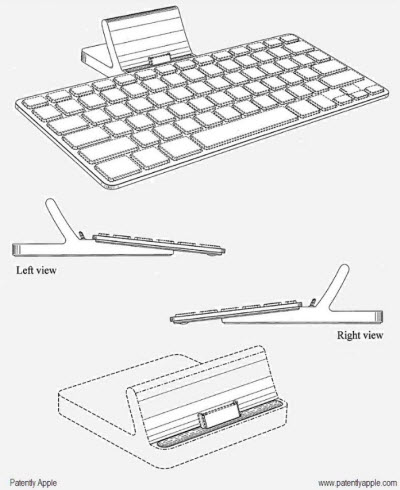 The designs may or may not be used in future iPads. One change is the ability to plug an iPad into a dock in horizontal mode rather than just vertical. The designs show an extra 30-pin connector on the horizontal bezel of the iPad. The second picture shows how the extra dock port could be useful; you can turn the iPad sideways and plug it into a keyboard so that you can type and view the screen in horizontal mode.

It’s also not clear if Apple is including a FaceTime video phone camera in the device. There is a spot for such a camera in some of the filings, but some argue that this may simply be the iPad’s light sensor. But Patently Apple believes that the design shown is in fact an iPad with a camera. (see the drawing at the bottom). 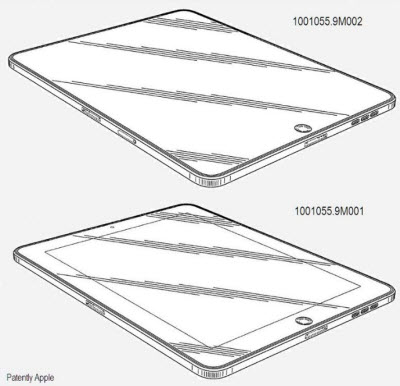