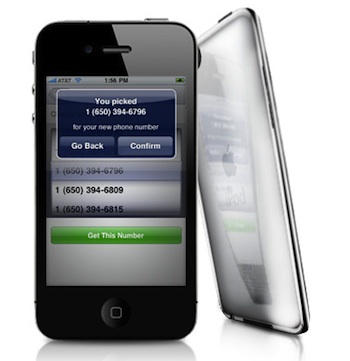 A startup called Pinger says it has already built a big user base for Textfree — which is (you guessed it) a free text messaging service. Now it’s offering a similar service for making phone calls.

The calls can be made over a 3G cellular data network or Wi-Fi. If you’re making the call over Wi-Fi, you aren’t burning up any cell-phone minutes or megabytes of data, and in fact you don’t need a cell phone at all. You can just make the call on your iPod Touch. Oh, and phone calls over Wi-Fi don’t rely on spotty cell networks, so they should be pretty reliable.

How can Pinger afford to offer this service? It turns out this is a great model for advertising, said chief executive Greg Woock, because the five seconds spent sending a message provides a nice window for ads. In fact, Pinger has already said it has already served 1.2 billion ads on the 4 billion text messages that its users have sent. For the phone calls, users can earn minutes by downloading other apps, which helps push those apps up the app store charts.

And Pinger’s target audience is between 12 and 26 years old, an audience that brands want to reach to set buying habits and brand loyalty loyalty as these users become adults. Users who don’t want to see ads can also pay to buy minutes for calls.

Pinger has raised $11 million from Kleiner Perkins Caufield & Byers and others.