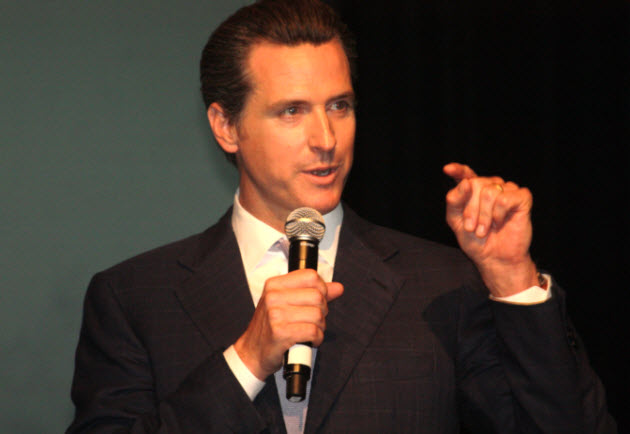 San Francisco Mayor Gavin Newsom confirmed today that hot social-game company Zynga will build a new headquarters that could house as many as 2,000 employees.

Zynga is making a seven-year commitment to lease 270,000 square feet in the Townsend Center building in the city’s warehouse-laden South of Market district, historically a hotbed of startups. Newsom made the announcement of the deal at the TechCrunch Disrupt conference in San Francisco today, in an exhibition hall across the street from Zynga’s future office.

The location is symbolic. It has been home in the past to Sega of America, the U.S. division of the Japanese video game company. That’s a sign of how things have changed in the game industry, which is more heavily concentrated in the San Francisco area than any other region. Where console game companies once ruled, now the hottest companies are those that are making social games for social networks such as Facebook. The lease is the biggest in San Francisco in the past five years, according to the San Francisco Chronicle.

“Now is the time to invest in this city,” Newsom said, as his speech veered into something like a circus barker’s spiel. “The rents have never been better.” It bears mentioning that Newsom is running for lieutenant governor of California. A business-friendly image could boost his prospects in the race.

Zynga will complete the move in 2011. Thanks to the popularity of games such as FarmVille on Facebook, Zynga has expanded from 398 employees in September of last year to 1,200 employees today.