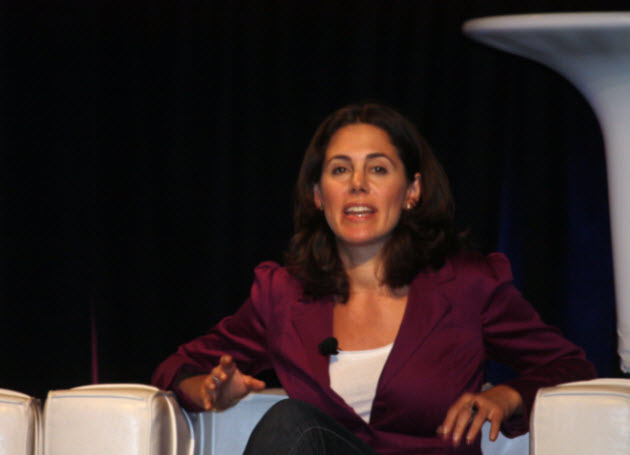 Sarah Lacy, a writer for TechCrunch, made it clear that she was in a state of “misery” because she had to moderate a panel on women in technology at TechCrunch Disrupt, a tech conference in San Francisco today.

From the moment she stepped onto stage, she said she was doing the separate panel about women under protest and she felt that the individual achievements of women are the only reason that their efforts should be highlighted. Others on the panel, especially Rachel Sklar, (pictured) editor-at-large at web news site Mediaite, disagreed and felt that everyone should do more to encourage women to participate more in the top ranks of the tech industry, as well as enter its engineering ranks. Sklar said that women are far too scarce in tech companies and that more should be done to change the ratio of women to men.

Cyan Banister, founder of Zivity, said she doesn’t believe in affirmative action and argued that merit is what matters. She suggested parents should expose their kids to the idea that they can be anything they want. Other panelists included Lauren Leto (Bnter), Leila Chirayath Janah(Samasource), Sara Chipps (Girl Developer IT), and Michelle Greer (SimpleSpeak Media).

As you’ll see in the videos below, the panel was full of passionate debate.