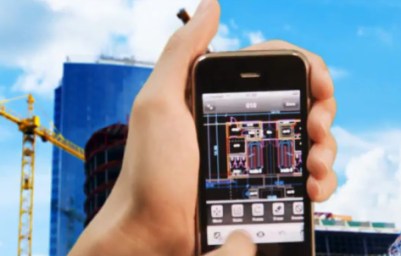 Windows AutoCAD 2011 users can use a free plugin to upload their designs directly to AutoCAD WS — a similar plugin for Mac users is on the way. An AutoCAD WS iOS application — which supports the iPhone, iPad, and iPod Touch — just hit the iTunes store today. The app lets users access all of the content they’ve uploaded to AutoCAD WS. The company didn’t say anything about Android support, but I would wager that it’s hard at work on it.

The obvious benefit for AutoCAD users is that they’ll be able to access their files from anywhere, but the more compelling aspect is that they’ll now be able to share their designs easily as well. AutoCAD WS has the ability to create shortened URLs to link others directly to your files, and it lets you set up permissions for access to your files and folders. It supports real-time collaboration — so you’ll be able to work on a file at the same time as someone else — and tracks changes made to your design timeline for version control and auditing.

AutoCAD WS was previously available as “Project Butterfly”, a technology preview that more than 75,000 users flocked to for web access to their AutoCAD designs.

AutoCAD isn’t the sort of software that one can normally describe as “sexy” — even revisions of Microsoft Office can be more exciting. But Autodesk is definitely on to something with its embrace of cloud computing, and it’s something that other specialized software makers will likely follow.