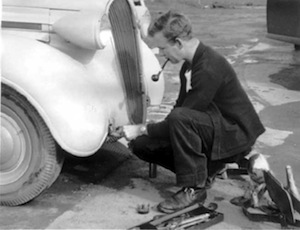 The big addition is an embeddable widget that expands Redbeacon’s service listings beyond its websites. Initial partners include NBC Bay Area, the San Francisco Chronicle, and Fox affiliate Q13 (adding up to a total of 4.5 million unique visitors each month, Anderson said).

Users come to Redbeacon with jobs and services that they want done — repairs, deliveries, technical support, and so on. An anonymized listing is posted on the site, where service providers can bid to do the job. Then the customer looks at the bids and the background of the service providers, and they choose the offer they like best. Anderson said the big difference between Redbeacon and other service-listing sites is the fact that none of your contact information is shared until you choose the provider, and no one gets paid until the job is done.

The embeddable widget follows the same model, with customization options for the publishers. For example, someone from Startup Digest created a widget for their site on-stage, and they were able to choose the jobs that seemed to make sense for their readers — accountant, cameraperson, and technical support specialist. Redbeacon takes a share of the payment for each job, and with the widgets, it shares that payment with publishers.