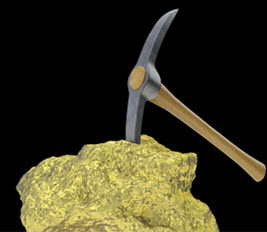 We’re pleased to announce some more big thinkers slated to speak at DiscoveryBeat 2010, the conference addressing the evolving problem of discovery in an era full of app stores and content. Our newest speakers represent vital parts of the ecosystem for getting content noticed.

DiscoveryBeat 2010 is an event focused on the “secret recipe” for application discovery and monetization. Due to its success in 2009, the conference has expanded to a full day event and will be held on October 18th at The Mission Bay Conference Center in San Francisco. Get your tickets here.

For publishers or app developers, the promise of the mobile and social revolution is compelling. However, new players like Google’s Android are throwing out the early rules and creating new challenges in the ecosystem. How do you get discovered when there are 250,000 other publishers and applications fighting for users across diverse devices and interfaces, such as the PC, social networks, mobile phones, and tablets?

Here are our latest speakers:

Dave Castelnuovo is a veteran flash developer, entrepreneur and consultant and is half the team behind the iPhone sensation Pocket God. With just a three-person company behind it, Pocket God has sold more than 3 million units on the iPhone. Castelnuovo founded Bolt Creative in 2001 as a flash development company and game studio, and helped to lead the indie charge onto the iPhone in 2008 and 2009. Castelnuovo has worked with a variety of internet technology companies throughout his career as well as leading game publishers such as Electronic Arts.

Julian Farrior is an alumnus from last year’s inaugural DiscoveryBeat event, where he set himself apart from the crowd by fully disclosing many of the company’s secrets in getting its iPhone games to the top of the Apple App Store. In a case study of discovery, we are going to try to get Farrior to spill all the beans again for the benefit of the audience. Farrior is founder and CEO of Backflip Studios, a mobile game company focused on bringing innovative and thoughtful titles to an expanding group of casual gamers on the iPhone. Backflip has had 10 top-five overall apps and seen more than 50 million downloads in its first 18 months of operation. Its games include popular titles such as Paper Toss, Ragdoll Blaster, Strike Knight and NinJump. Prior to Backflip, Farrior was an angel investor and vice president of business development and operations at Earthscape, a company that also had early success in the app store. Previously, he spent seven years at Yahoo in various management roles, the most recent of which included heading up emerging markets search. He is a lifelong video and board gamer who hopes to see Ultima III soon delivered to the iPad. 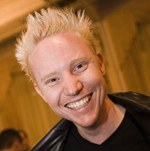 Ben Keighran is CEO & co-founder of Chomp, a mobile app discovery service. He launched Chomp with co-founder Cathy Edwards in January 2010. The company has had significant user traction and funding since its launch. Keighran is also currently serving as an advisor to Clixtr and was previously the lead advisor for mobile products at social search company Aardvark up until it was acquired by Google in early 2010. In 2006, Keighran launched Bluepulse, a mobile social messaging application. Bluepulse was one of the most downloaded mobile java applications ever, reaching almost 2mm downloads per month at its peak. At Bluepulse, Keighran raised $6.5 million to build the company, and after growing the business to a point where users were exchanging 300 million messages per month, he was nominated by BusinessWeek as one of America’s Top Entrepreneurs under the age of 25.

Peter Farago is vice president of marketing at Flurry. He is responsible for corporate and product marketing at Flurry, a leader in iPhone and Android application analytics, promotion and monetization solutions such as the AppCircle recommendation engine. Prior to Flurry, Peter led product marketing at mobile game maker Digital Chocolate, helping build the company into a top-10 publisher world-wide. He joined Digital Chocolate from Electronic Arts, where he managed The Sims franchise, the #1 PC game of all time. Peter began his career in consumer packaged goods at Pacific Sun, where he was head of marketing and sales. Farago will run a breakout session on “Turning virtual currency into the real thing.” He also spoke at last year’s DiscoveryBeat. 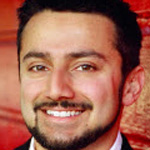 Vijay Chattha is founder and Chief Talker of VSC Consulting & AppLaunchPR. Vijay has led strategy and public relations efforts for over 35 mobile and gaming companies, resulting in over $1B in exits and transactions. The company has earned 40 PR awards for its creative and results-driven publicity campaigns. VSC’s AppLaunchPR clients have experienced over 350 million downloads on and off deck since 2002. Chattha is also an alumnus of our first event.

Alan Warms is founder and CEO of Appolicious.com and AndroidApps.com, which constitutes the first true cross-platform discovery service for mobile applications. The service combines social networking, original journalism (as part of a co-branding partnership with Yahoo) and search technology to help consumers discover the best of the hundreds of thousands of iPhone, iPad and Android apps that are available today. A serial entrepreneur, Warms previously founded and ran Participate.com (sold in 2004 to OutStart) and Buzz Tracker. After selling Buzz Tracker to Yahoo in 2007, Warms served as vice president and general manager of Yahoo News, Technology and Education.

Getting content noticed is a challenge for everyone making apps. We’ll cover the topic at DiscoveryBeat 2010. Startups and big companies alike should consider entering our Needle in the Haystack discovery business idea competition.  VentureBeat would like to thank the industry leaders thank those supporting DiscoveryBeat 2010, including Flurry, Adobe, Offermobi, Appolicious, Appbakr, AppLaunchPR & Herakles Data Center. Unique sponsorships are still available. For more information contact sponsors@venturebeat.com. To buy tickets, click on this link.