I love FPS games. I also love rpgs, puzzlers, platformers, sports and adventure games. I like side scrolling games but I'd rather not play strategy games. I'm not a Halo fan, personally, but I do understand the fervor it causes. I'm obsessed with the Gears of War franchise and the Assassin's Creed franchise. Call of Duty consumes me every time I play any of the titles. I. Love. Games. 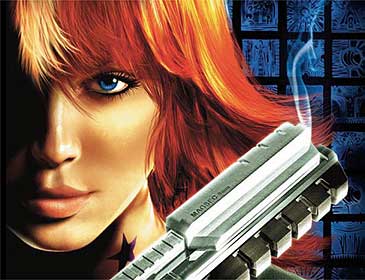 I'm also a woman. Not a "girl". I'm 33 years old and I've been playing video games my entire life. I grew up watching my mother play Atari (she "flipped" Mega Mania and received a patch for it) and then I watched my older sister battle on Mario's behalf in Super Mario Bros. I played Excite Bike, Paper Boy, Donkey Kong, Sonic the Hedgehog and etc. I played whatever the neighborhood boys played. And yes, I was the only girl who played beside them and they didn't mind a bit.

When I win or get a kick-butt kill I react just as strongly as a guy, I promise you this. I'm just as competetive, too. But I do not whine and complain that the female characters aren't as a tough or realistic as the guy characters. I do not say something as inflammatory as "FPS are male oriented" because something so inclusive as that leaves no leeway for debate. I'm as likely to buy/play an FPS as I am an RPG. So for someone to say that FPS are for guys only is not only untrue but playing right into the female gamer stereotype.

Explosions and guns are a big factor in the games I play. I need them. The more there are, the happier I am. Same goes for zombies. Dang, do I love me some zombies! I love watching a headshot in slow motion. And if I take you down in a multiplayer match, you will hear all about it and not politely. Maybe I'm not a typical female gamer, but I like to think my type is more common than you might think.

So it's disheartening for me that another female gamer (in a video game magazine article) says FPS are for guys. Don't talk on my behalf, especially when you are so unequivocally wrong. Before you speak/type, remember that we are all different and you are not the mold of female gamer that I live my life by.