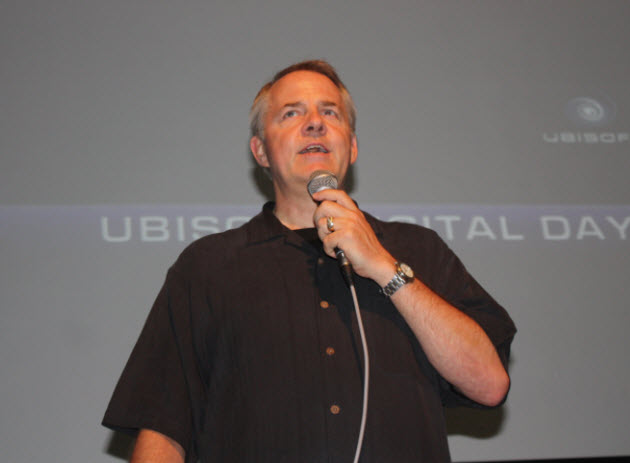 Last night, game publisher Ubisoft unveiled its strategy to get big on social and mobile at an event in San Francisco. Ubisoft’s digital game chief, Chris Early, joined the French video game publisher six months ago to try to bring it into the age of social gaming. Many traditional video game companies are doing the same, launching small efforts one at a time. But those games aren’t getting noticed.

Ubisoft’s own Tick Tock is a case in point. It launched on Facebook last year but got lost in the sea of games. But Ubisoft is now bringing big console game brands to Facebook with the launch of Assassin’s Creed Project Legacy on Facebook. Those games are tightly integrated into what Early calls “companion games,” where the accomplishments in one game can be carried over as rewards to be spent in another. That’s something Zynga, which dominates the social gaming universe, can’t do because it doesn’t have console games. Check out our two-part video with Early below.