The next time I want to harp on the 3DS (and its sleeper agent E3 booth babes), I think I'll keep my mouth shut. I'm a nervous wreck. I can't sleep. The ears of Nintendo are everywhere, listening. Waiting. 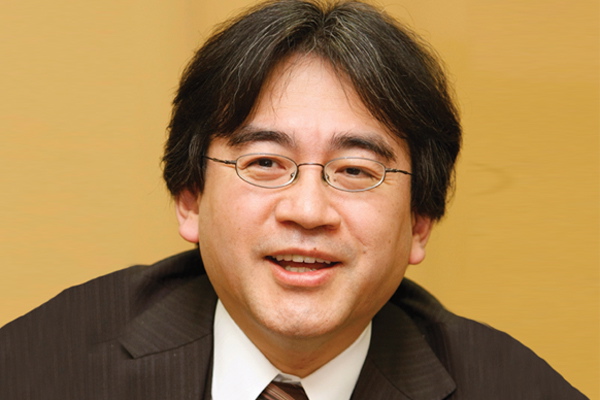 Astonished by the 3DS' purported $300 price tag? Don't be. It's all your fault. In a meeting with analysts yesterday, Nintendo head Satoru Iwata explained the pricing decision after someone commented that the handheld's cost might be a little ludicrous. Iwata responded that a "number of factors" went into determining the price — including "reactions to the system's E3 reveal." This is what happens when gamers get too stir-crazy over 3D virtual puppies. Thanks, hyperbole! [Bloomberg]

Ubisoft announces Beyond Good & Evil HD for Xbox Live Arcade and PlayStation Network. While the true sequel to 2003's cult hit won't arrive anytime soon, Ubisoft hopes the snazzy improvements to the original game will keep players sated in the interim. The new version features refined graphics and sound, leaderboard tracking, and support for Trophies/Achievements. No specific pricing or launch dates were given besides a planned "2011 release." Looks like I can stop staring at that fly-huffing man-pig now. [NetworkWorld]

A massive Team Fortress 2 update released earlier today expands the game's repertoire of tradeable items, including new class weapons and hats. "This brutal, endless war between BLU and RED is, of course, lamentable," said a Mann Co. representative in an official announcement. "So if letting mercenaries buy, trade and sell Mann Co. products helps make this ongoing tragedy more enjoyable for both sides, then we've done our part. The Mann-Conomy initiative is, at the end of the day, a humanitarian effort." Take a gander at some of the new items available for purchase, and remember: If you have a complaint, don't hesitate to make it personal with Mann Co. president Saxton Hale.

Former game journalist Kieron Gillen shares his thoughts on the industry's treatment of quality. In a blog post, Gillen's main point — the industry doesn't care about quality nor pays for it — was juxtaposed with words of semi-encouragement to those who've reached the top. "Have some pride. You’ve got talent. You’re using it in a stupid way," he wrote. "And when you smarten up, you’ll go on to do great things." I think I've already "smartened up" on my career path after I found out how math-heavy game programming is.