I have the misfortune to be an enthusiast gamer born in the late '80s. While thousands of older kids played through the inaugural titles of what would become great franchises — Mario, Sonic, Metroid, Mega Man, etc. — I was learning basic motor skills.

When I finally figured out how to hold a controller and developed relationships with friends who owned gaming consoles, I enjoyed playing these titles, too. But by the time I played through these seminal series, they had lost their initial thrill due to countless imitators.

I had seen older gamer’s eyes sparkle with nostalgia at game stores and conventions as they recalled memorable moments of these franchise’s beginnings. I had been in chat rooms and forums where gamers gush over the growth of their favorite series. Although I have been playing games for more than a decade, I had yet to experience such reverent nostalgia and felt a little alienated from my fellow gaming enthusiasts because of it.

Until this last week, that is. After beginning a file in Pokémon Black, I finally know what it's like to have a franchise grow up with me.

When Black and White was announced, I was hopeful. The last few iterations of Pokémon had felt tired. They all featured the same grind just with more refined pixels, more options, and more critters. Each Elite Four championship victory repeated the same childish blasé message of “love and friendship prevail over all else." The Pokémon franchise had been changing, but I felt like it had been changing for the younger generation of fans who watch the cartoon show religiously and carry Pokémon-themed school supplies.

I knew that Pokémon was no longer “for me,” and hadn’t been for a long time. But it was beginning to feel like the series had forgotten I had played Red and Blue, Yellow, and Gold and Silver with the fervor that helped launch the franchise in the first place.

Black and White, however, is more toeing its way toward a slightly more mature experience. Here are the reasons why I feel the franchise has evolved. 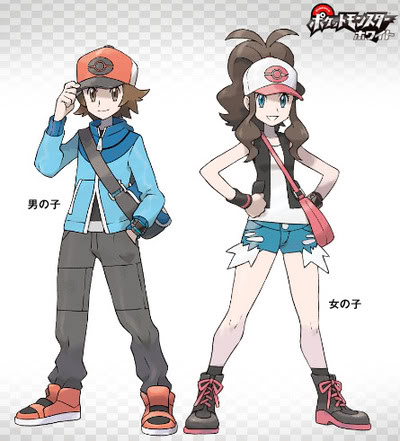 Pokémon games traditionally start with a 10-year-old main character, which was fine for the first few years of the Pokémon franchise's lifespan, when I was a preteen.

Black and White's main characters (pictured right have finally shown some signs of aging and are obviously older than the young trainers from previous versions. The main character also has friends that he or she has known for many years, according to scenes early in the game. The female main character’s appearance eerily matches my own (curly brown hair with a ridiculous volume, blue eyes, penchant for messenger bags). I don't need an avatar who looks exactly like me but having one that's at a relatable age certainly helps.

2. Not just a new coat of paint

The developers have taken a further leap away from 2D and have added an impressive amount of depth to the scenery and battle scenes. Non-playable characters are each represented by a unique sprite, rather than having doppelgangers of Boy 1, 2, or 3 and Girl 1, 2, or 3 scattered throughout the fictional country.

The story is finally edging away from the terribly trite crime organization that attempts to harness Pokémon’s destructive powers for world domination. Instead, the plot begins to poke at a question I’ve had for a while: are Pokémon really willing allies, or are they slaves with a heavy case of Stockholm Syndrome? By capturing them, you take away their freedom. So does it matter if you have the old canons of “love” and “friendship”?

It’s not the most earth-shattering question that’s ever been asked in gaming, but it’s certainly a start for the Pokémon series in terms of developing a more sophisticated and interesting story.

The Japanese version of Black and White has a major change to the in-game text (which will be lost in the English translation).

Japanese language essentially has three alphabets. The two that are important in this situation are hiragana, the basic alphabet, and kanji, the most complicated alphabet that was developed from Chinese characters (think of the characters you see when you go to an Asian restaurant).

All previous versions of Japanese Pokémon games strictly used hiragana, which is the simplest alphabet.

The aesthetic difference between using the more complex kanji system instead of hiragana is this: Remember reading books like Clifford, or The Very Hungry Catepillar? Remember how all of those fonts resembled Comic Sans and were big and blocky? This is how hiragana functions in Japanese children’s media.

Now recall the books you read in high school. The font was smaller and had serifs to show it meant business. The words were longer and the sentence structures are more complicated. This is your equivalent to kanji.

This is why I did a few fist-pumps when I saw kanji — and not just hiragana — was an option in Black and White. I was no longer reading the Japanese equivalent of The Ugly Duckling. The Pokémon franchise and I had graduated into something more serious. 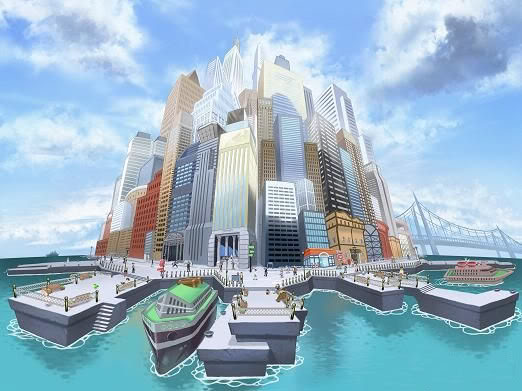 Concept art for a city in Pokémon Black and White.

Is that a gray hair I see?

The revelation of having grown up with my first franchise came as a shock. I couldn’t help but stop and think, “Shoot … I’m old.” I’m a whole franchise old. Six hundred and forty-nine Pokémon old, to be exact.

I feel somewhat accomplished in this moment, but also terrified that I’ve reached it. Moments like this remind me of a friend’s 20th-birthday freak-out, where she went into hysterics and cried, “I’m 20, which is like halfway to 40, which is like having your foot halfway in the grave!”

I’m only at Black's second Pokémon gym now, but I can tell that I’m going to really enjoy this sequel in spite of my metaphorical gray hairs that I fear are creeping in. The best part about Black and White’s brand-new world isn’t that it makes me appreciate how far the series has come — it makes me excited for where the next generation is going to go.

So maybe gaming is the one thing in life I can get excited about gaining years in?