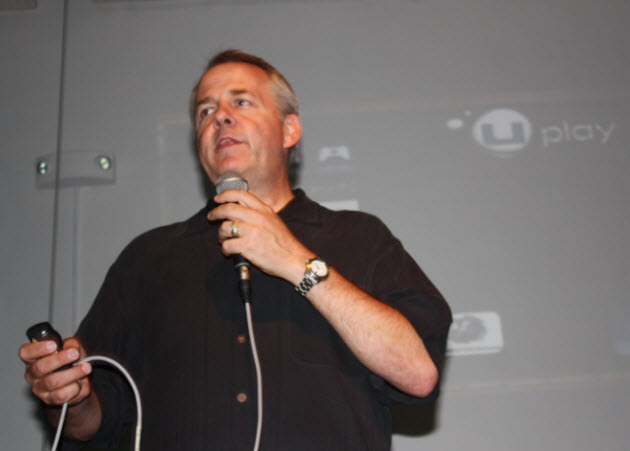 Ubisoft, the big French video game company, is late to the social and iPhone game party. But it has come up with what it hopes will be a smart strategy to deeply integrate its console, Facebook, and iPhone games.

Chris Early, vice president of digital publishing at Ubisoft, said at an event in San Francisco last night that the company plans to do “companion games.” These are games on new platforms such as Facebook that work with or enhance games that you play on the game consoles such as the PlayStation 3 or the Xbox 360. 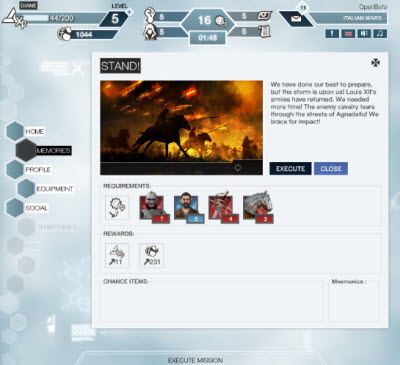 Early, a former Microsoft games manager, joined Ubisoft six months ago as part of a plan to form a new digital online division to attack markets such as social and mobile that have been growing faster than the traditional game console business. Ubisoft has had false starts in Facebook games before, with the launch of its unsuccessful Tick Tock game on Facebook. But Early said Ubisoft has learned and now the company is bringing its major game brands to Facebook, iPhone, and free-to-play online games.

The question at hand is whether the old guard game companies such as Ubisoft can adapt quickly enough to the new age of social and mobile games, or if the newcomers such as Zynga, Ngmoco, and Nexon will come to dominate those markets. Ubisoft isn’t abandoning the consoles; in fact, it is launching downloadable games such as Beyond Good & Evil on Xbox Live and the PlayStation Network. But it has to challenge the newcomers on their turf if it is to remain relevant in the long-term. If it takes off, this Facebook-console integration could turn out to be a big advantage.

The only problem is that you can’t earn Xbox Live achievement points, which are the rewards you get in every Xbox 360 game when you get through critical hurdles. Ubisoft has its own Ubisoft credits on Facebook and U Play points that reach across its console games and can be expended inside Ubisoft games. In order to get Xbox Live achievement points, Ubisoft would have had to work closely with Microsoft, which controls the Xbox Live rewards. While Microsoft is willing to link Xbox Live rewards with Windows Phone 7, it isn’t yet willing to do so with Facebook games.

Ubisoft is also launching its free-to-play online game Petz World for young kids (free-to-play games are ones in which you play for free but pay real money for virtual goods). The massively multiplayer online game is tightly tied to a Nintendo DS game, Petz Nursery 2, where you can raise eight different breeds of pets. You can then export those game pets into Petz World and play with them there.

Another game is Hamsterz Worldwide, which is akin to Rollercoaster Tycoon (a theme park simulation) meets Habitrail (cages for hamsters), Early said. Adults can play the Hamsterz Worldwide game on Facebook and unlock items that they can give to kids who play the kids version on an iPhone or iPod Touch. The kid can also earn points in a game that they can give to an adult, who can spend the points in the Facebook game. The adults can get the kids to do “grinding,” or the repetitive tasks that adults would rather not do in order to level up in a game.

“You create a cycle where the kid and the adult benefit each other,” Early said.

Despite the generation gap when it comes to games, the adults will be aware of what is happening inside the child’s game and will thus have a way to begin a meaningful conversation with the child.

Early said that Ubisoft had to invest heavily in infrastructure to make the cross-platform integration happen. It also had to get game designers to work the integrations into the design of their games. But Early says it is worth it because the approach gives Ubisoft an advantage over other game makers that can’t tightly integrate console game brands with the new social networks.