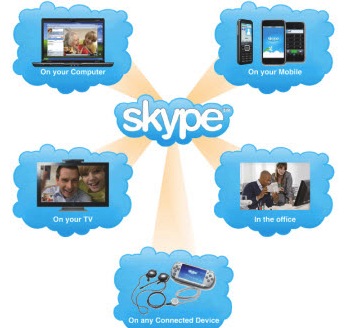 Voice is the new black. Seems like after all the hype of apps, the world still wants to connect in real-time and in many cases is willing to pay for such value. In the battle of voice, Skype, Google, Apple, telecom operators and independent outfits are gearing up for battle. The trillion-dollar land grab is officially on.

Apple launched FaceTime video chat. Google Talk is turning into the new pay phone. Oh, and Skype has filed for an IPO as well as announcing plans to enter the enterprise space.

But besides the indie stalwarts, who’s the dark horse in the room?

What should it do? How should it enter the space? The answer is clear. Buy Skype.

Yes, despite the rumors you may have heard that Facebook is already working on building a phone, or working on the software that a third party hardware device would support, the company has clear ambitions to leverage their massive contact lists and the opportunities to do that go well beyond a simple Facebook phone.

I’m not the only person to think of this. Following reports that Facebook and Skype are working on an integration deal, GigaOm wondered, “Should Facebook buy Skype?” Here are four reasons why a Skype purchase makes sense:

1. Facebook’s social graph is the best phonebook in the world built from their mission statement up.

Facebook is a social utility that helps people communicate more efficiently with their friends, family and coworkers. The company develops technologies that facilitate the sharing of information through the social graph, the digital mapping of people’s real-world social connections.

Sounds like a calling option fits right in. What could be more real-time?

The list of companies that have had a similar mission statement is long. However, what sets Facebook apart from its predecessors is the unique critical mass of users. Let’s be honest here. Do you know anyone who matters to you (other than possibly your grandparents) who you cannot get a hold of through Facebook?

From a network perspective, Facebook epitomizes Metcalfe’s law. What that means for people is that the value of joining Facebook is simply too great to ignore just because it is so ubiquitous. Facebook is the sole social network to ever exist that plays host to a social graph made up of our real-world social connections. I am not talking about the same people we follow on Twitter and enjoy the occasional update from. I am talking about people we actually know.

Sure Facebook could try to build this themselves but Skype has a lot of things that Facebook doesn’t including excellence in calling service, routing, origination and termination. Skype owns relationships with carriers, operators and suppliers worldwide. They have built out online fraud and payment expertise. This isn’t rocket science for Facebook to build, but takes a lot of time and talent.

These social behemoths intersect at Marc Andreessen, whom VentureBeat has called the new king of Silicon Valley. Andreessen’s venture capital firm, Andreessen Horowitz, which he cofounded with longtime business partner Ben Horowitz, was a lead firm in the buyout of Skype from eBay only a few months ago. In addition, he also holds a position on the Facebook board of directors and is widely known as a close advisor to Mark Zuckerberg himself.

If the Google Me rumors are true, Facebook is bound to create a more holistic and compelling ecosystem, similar to Google’s. A lot of us are already heavily invested in Google and it is absolutely vital for Facebook to include voice as a cornerstone in the project of building a social eco-system appealing and competitive enough to go against Google.

3. Facebook is already the most popular mobile app of all time, ready for a turn-key global calling play.

The most recent numbers speak for themselves. Out of more than 500 million people using Facebook, 30 percent, or approximately 150 million, interact with the service on a regular basis using a mobile device. They access the service either through the Facebook mobile website or by way of any of the mobile apps Facebook has made available for the Android, Blackberry and iPhone platforms. With the continuous proliferation in the use of third-party apps on mobile devices, this figure is bound to keep soaring.

Other than the obvious value of being able to connect with friends while on the go (for free), users also have access to the most comprehensive, cloud-based contact list out there. The tedious process of constantly making sure all contacts details to your friends are current is no longer a concern either, as a Facebook Phone Book manages itself by having all the personal details in it tied to Facebook profiles.

Facebook becoming our de facto address book is a vision bound to become reality in a not too distant future. It is a highly utilitarian aspect of the service that hasn’t been properly exploited. By deeply integrating Skype, the most recognized consumer calling service with the greatest mind share, Facebook would not only boost its revenue to greater heights but also position the company very favorably in the war against Google.

4. Skype wants a big exit but also a better fit than last time.

Let’s face it. eBay didn’t know how to properly leverage Skype. It was a
failed premise from the start that sellers would want to talk to their buyers on eBay. This time around Skype certainly wants the best financial exit. Besides pure cash
liquidity, who has the fastest rising private stock? It’s got to be Facebook
in the last 6 months, with analysts valuation having been raised from $10 billion to
$33 billion.

Who can scale Skype to the biggest user base? It has to be
Facebook again. Skype may want $5 billion but would it settle for $4 billion and the
promise of a fast rising stock like Facebook. Skype founders would
ideally like to stay involved if such an acquisition happened, but that seems doubtful with Zennstrom and Friis being notoriously difficult and probably not compatible with Facebook’s intent on running a tight ship. 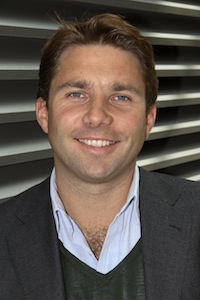 Why does a combined SkypeBook beat Google? The graph is greater.

By building the social graph for all Google services of any remote social nature based on the people we send emails to, Google committed a cardinal sin that might prove detrimental. The connections tied to your Gmail account that now also double as your Google Chat contacts (yes, the same ones Google wants you to call), are predominantly formal contacts. Your co-workers, your real estate agent and so on. The people that we send emails to are not the same people that we want to have a voice, let alone a video conversation with.

Email was, is, and will be the main standard for formal communication for a foreseeable future. We use it to communicate with our co-workers, to send customer support requests and to contact our real estate agent when we want to sell our house.

Dan Tapscott (celebrated author of Wikinomics and Grown Up Digital), frequently touches on this in the context of media habits for the generation of Digital Natives:

Young people don’t use email anymore. They see it as a traditional form of communication. They use it to thank their grandparents for a Birthday gift (or other times when they have to speak with old people).

So, where are all these friends that we want call? Chances are you’ll find them on Facebook.