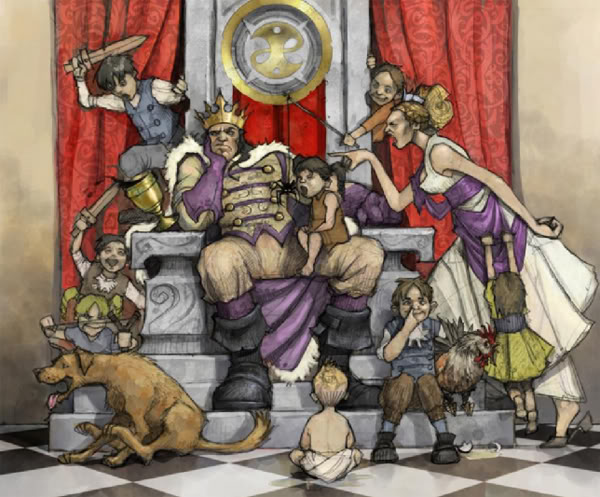 Fans of role-playing games have plenty of options these days — RPGs come from most corners of the world and in many different styles. And that's great, except it's not always so easy for players to choose the right game for them. But take heart! This monthly column breaks down each new batch of RPGs with gameplay descriptions and the word on the street about each game's quality.

You thought September was bad? October is prepared to literally bury you in RPG releases (the chance of that goes up in direct proportion to the amount of time you spend on your local game retailer's floor). No less than eight games hit shelves this month, prepared to fight for your dollar. But what to choose? Read on and find out. 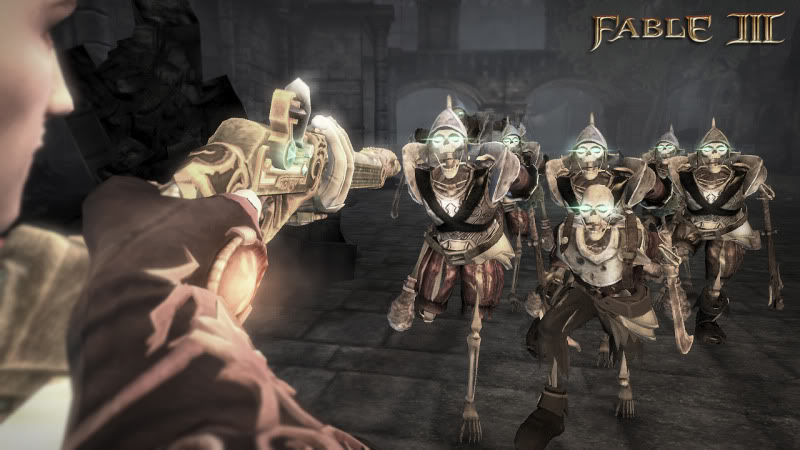 Putting aside Fable-creator Peter Molyneux’s infamously overambitious promises, Fable 2 was an unqualified success. A deep RPG world combined with streamlined combat and interesting consequences to player actions made for one of the best games released in 2008, and redeemed the Fable franchise. Fable 3 looks to be another turning point for the series, but for different reasons.

The most striking thing seems to be the complete lack of menus, as everything you could previously do in a menu will be represented in physical space. But will it serve to streamline the experience while creating immersion? Or will it make accomplishing things harder than it has to be?

The game also places you in the role of regent, meaning you'll have to make decisions for the whole nation rather than just your character. But will all this big picture gameplay mean that the small picture action suffers in the process?

I'm just full of questions on this one, and I'm not even done. Developer Lionhead has kept many things about the game hush-hush, especially when it comes to the final act — what if it totally changes gears halfway through (that didn't go over so well for Brutal Legend)? Or is it just so awesome that they don’t want to spoil it?

I'm still confident that it'll be a solid game, as Lionhead is at least competent enough to deliver mechanically. The big question is whether Molyneux makes good on his lofty promises or trips on his own ambition. But then, that’s the question with any Molyneux game. 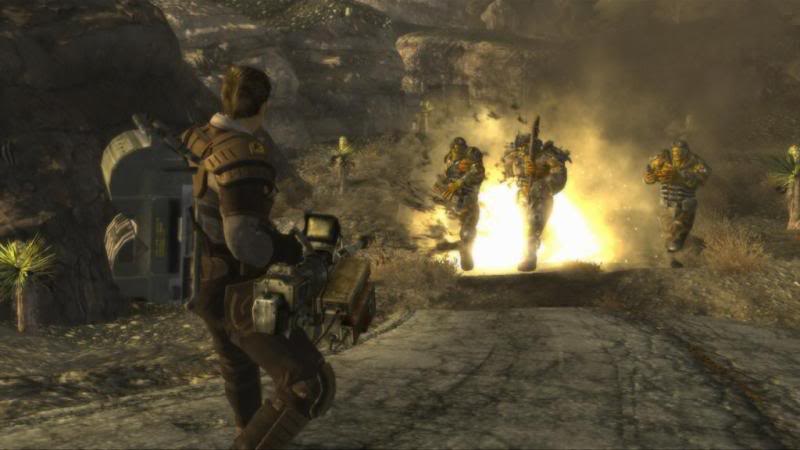 Developer Obsidian has yet to catch a break. Its ambitious sequel to Star Wars: Knights of the Old Republic was shoved out the door before it was finished. Its excellent expansions to Neverwinter Nights 2 were largely overlooked by the gaming public. And despite Alpha Protocol’s solid core, the game was still plagued by problems. It’s encouraging, then, that Fallout: New Vegas looks to deliver on its potential.

In a way, New Vegas is Obsidian taking back a franchise that it rightfully deserves — many former Black Isle developers moved to Obsidian when that studio folded, and Black Isle created Fallout and Fallout 2, which were the shining standard for games with choices and consequences. But while Fallout 3 still had some significant consequences, the overall effects of your actions didn’t significantly extend beyond a few set pieces.

So what we ideally have with New Vegas is Fallout 3 injected with the spirit of the first two games. And new features like Hardcore mode, which offers more realistic mechanics, mean that fans of both the old games and Fallout 3 will be satisfied, as all of the things that 3 did right are still present in New Vegas. At best, it will become the true successor to Fallout 2. At worst, it will simply be more Fallout 3. Either way, we win. 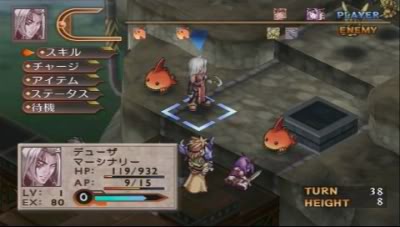 Unfortunately, there’s not very much to say about this one. It’s a PSP port no one knows about of a PS2 game nobody cared about. The few things we can glean about the game is that it's developed by Neverland, the Japanese studio responsible for staples such as the Harvest Moon and Lufia games. But then they’re also the makers of some pretty crappy stuff, such as the first Rengoku game.

Blazing Souls is a strategy-RPG in the mold of Disgaea and about a million terrible Idea Factory SRPGs. I wish I had more information, but publisher Aksys Games haven’t been very diligent in generating pre-release buzz. In fact, there aren’t any previews to speak of. It’s not that it’s sure to be a bad game based on that, but the lack of information makes this a risky purchase. 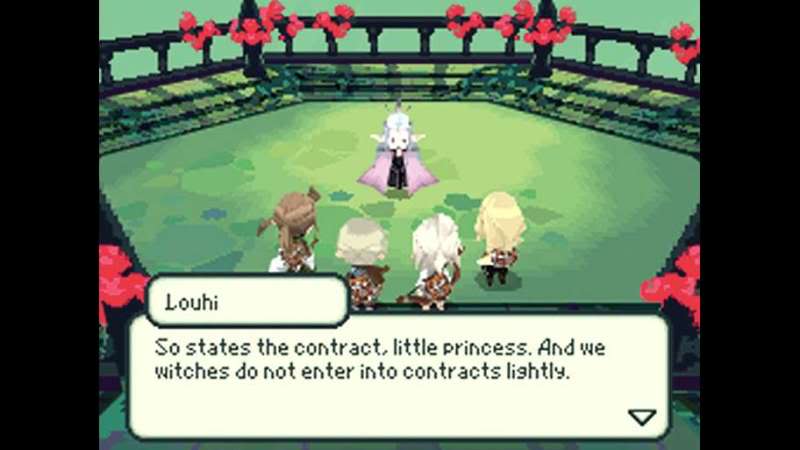 Again with the Final Fantasy? With Final Fantasy 14 coming out just a week before, you might feel a touch of Fantasy overload. But fans of old-school RPGs will want to pay attention to this one, as this game purposefully hearkens back to the days of NES RPGs while incorporating modern game design considerations.

The job system takes elements of Final Fantasy 3, 5, and 13 while the battle system, where all actions have an AP cost, feels a bit like a lovechild of Chrono Cross and the SaGa series. And it’s all wrapped in a charming graphic style that looks like The Legend of Zelda: Wind Waker if it was a Square game. Matrix Software, which did the Final Fantasy 3 and 4 DS remakes, hasn’t had a success of its own since Alundra. 4 Heroes of Light looks to change that, and fans of old-school JRPGs would do well to give it a look. 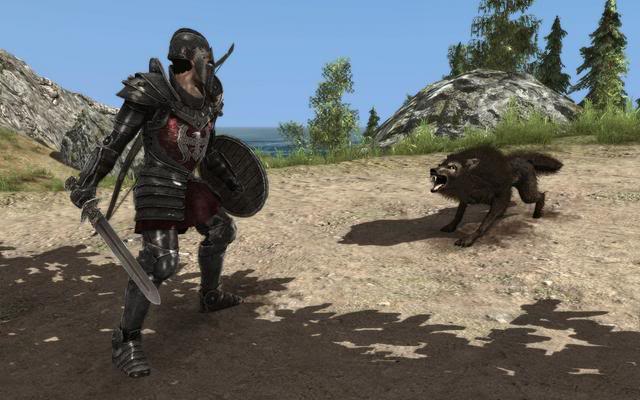 For every open-world RPG like Oblivion you see on consoles, three or four lesser-known games attempt the exact same thing on PC. The Gothic series is at the top of this lesser-known heap, with its large, dynamic worlds full of attention to detail and interesting things to do.

But the Gothic games have been known to be even buggier than the Elder Scrolls games, which is mind-boggling if you’ve played a Bethesda-developed game. If you could struggle through the rough spots, though, they were definitely worth playing.

Gothic 4 looks to polish the rough edges as it makes a stab at mainstream success. The combat mechanics make fighting much less of a hardcore affair, and the interface is a lot more user-friendly, putting the game in line with other marketable Western RPGs. Fans of the older Gothic titles may object, but it'll be interesting to see a fully accessible Gothic game. Just don’t expect audiovisual polish. The budget's tight on this one. 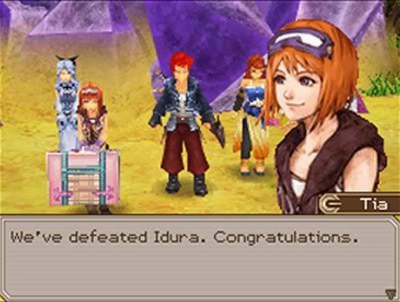 At a glance, this game looks like a 3D remake of Lufia 2: Rise of the Sinistrals, a vastly underappreciated SNES JRPG that combined beefed-up Dragon Quest-style battles with Zelda-like puzzles, which is a formula that wouldn’t be repeated until the Golden Sun games.

But this is not a remake — it's a reimagining using the same story. The gameplay is more action-RPG — a sharp departure from the series’ turn-based roots. The character designs now fall more in line with the Square Enix look, as it has taken the reins from Neverland. A wonky camera and a questionable localization by Natsume may dampen the fun, but it looks to be a fan-service-filled romp. Is it good enough to impress non-fans, though? We'll see, but in the meantime, go track down the original Lufia 2 and play it as soon as possible. It’s that good. 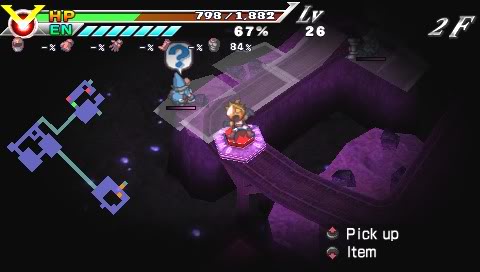 Know how fans of the Disgaea series seem to care more about grinding their characters to ridiculous levels than beating the games? This time developer NIS built an entire game around the concept.

You begin the adventure attempting to beat the final boss and failing miserably. Next stop: a bizzaro world to train and get stronger in different dungeons. If you die, you keep all the base stat increases you earned but lose all your weapons and armor — thereby effectively mixing elements of strategy RPGs and roguelikes. The signature, self-aware humor NIS is known for effectively completes the package. With so much crap coming out of NIS these days, it’s nice to see that its internally developed stuff still shows creativity. 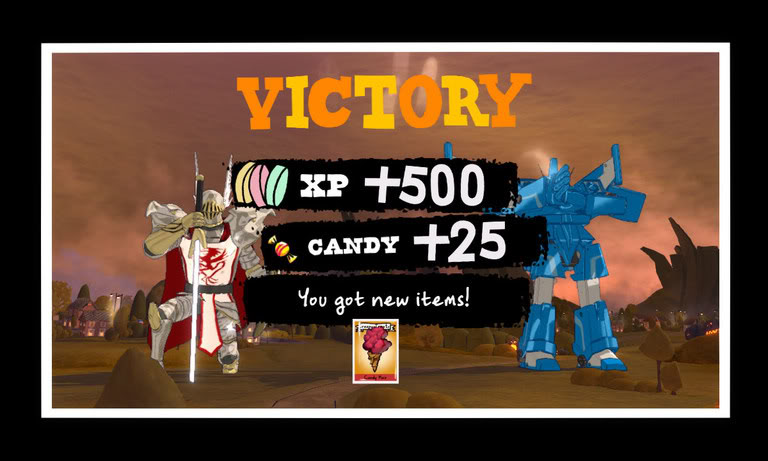 "Double Fine" is no longer code for developer Tim Schafer’s latest opus. The studio is finally branching out with multiple teams working on multiple games.

The first example of this new push, Costume Quest, is a downloadable RPG  set in a neighborhood on Halloween night, complete with kids in costumes looking for candy. The gameplay involves changing costumes, gaining powers from them to fight things that may or may not be in the main character’s imagination, and navigating the town to complete quests.

The entire game, from the concept to the visuals, is utterly charming. If Double Fine gets the gameplay right, it might have a hidden gem on its hands. Odd downloadable RPG experiments like that Penny Arcade game and DeathSpank are more commonplace lately — hopefully they continue to deliver high-quality experiences at an affordable price.

Yet another EverQuest expansion, House of Thule, hits shelves this month. That’s right, the first EverQuest is getting a new expansion. In addition to new content, it includes a higher level cap and player housing. When will this game die?