The game that truly got me into PC gaming was Counter Strike: Source. One of the most popular online gaming experiences ever allowed for the most unique and involving communitites. Releasing a considerably small game judged by today's standards, the Valve developer team  landed on magic. The game, using a variety of weapons and a few maps, created one of the most engrossing PC experiences to this date. 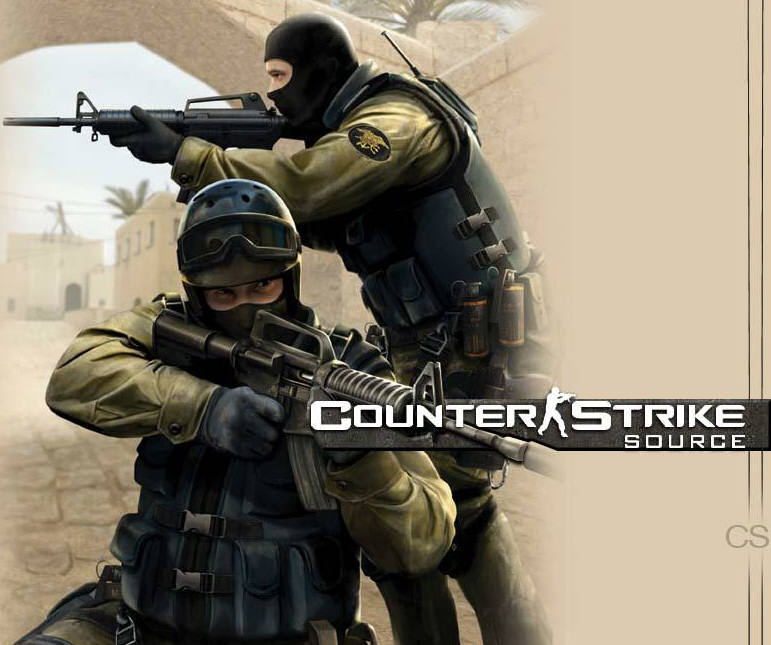 The community exploded. Genius and popular community made maps went above and beyond anything Valve made, and various game modes oozed pure creativity. Clans were put together and became so successful some garnered $5000 a month through donations. Community based tournaments were frequently held, some involving money.

There's a certain eccentricity that lives inside the game. It's swarming with activity, and there's a life that simply cannot be recreated in other games. Playing with friends — over the internet or via LAN — was so extraordinarily simple. This game alone enhanced what I really thought about video games, and helped it fourish over time. So I've come to ask myself : Why don't I play it anymore? 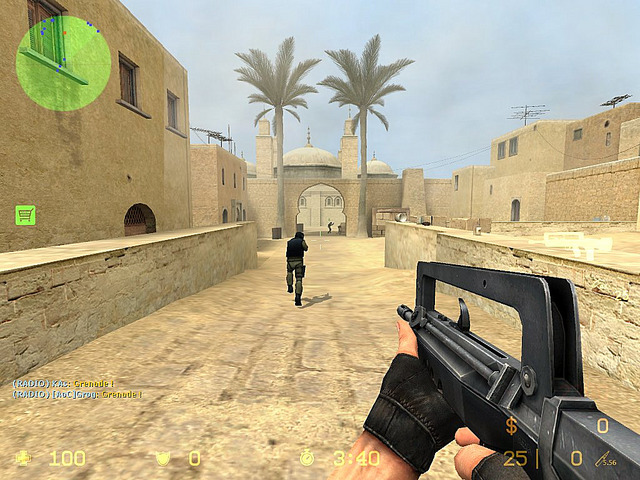 de_dust is one of the most recognizable maps associated with Counter Strike: Source

Over the few months Modern Warfare 2 and Battlefield: Bad Company 2 came out, I was reintroduced to online FPS games. When my interest for Counter Strike: Source had been put onto hiatus so I could explore some more modern titles coming out, I figured I would settle comforably back into my regular online fix.

After that I just didn't reinstall. Whenever I thought of gaming, this seemed to circle in the back of my mind until I had eventually forgotten about it.

What it comes down to is that the game feels a little underwhelming. As more and more fantastic games are released, they start to apply reasons to not spend time playing a game I have already come to be well acquainted with. Instead I find it more natural and eye-opening if gamers should tend to explore other games — specifically games that take their own twist on the same kind of genre you have come to love.

Another reason I've stopped playing Counter Strike: Source is that it's hard to get back into a game that's not as captivating as other games. While the simplicity has it's fine ups, it also has it's downs when compared to other games that implement new technology, and provide more content that isn't necessarily community based.

While a lot of the community mapping and designs are very creative and fresh, it can sometimes come in an "in-your-face" contrast that just doesn't fit. Some maps include very bright colors and crude polygonal shapes that don't fit with the more realistic models of the basic player skins and guns. 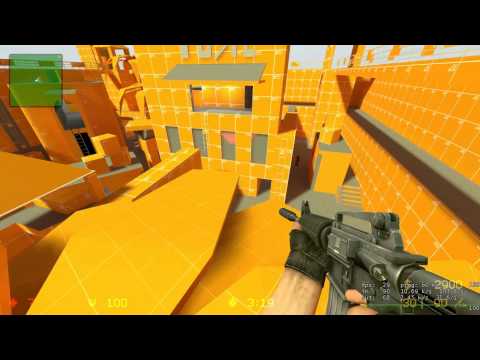 Community maps are very well mapped, but may contrast a bit harshly.

Counter Strike: Source is a game unlike any other. I can't recommend it enough to early gamers who want to see online gaming at its unadulterated core. But while it is a plus in many ways, it might fail in attracting gamers who look towards titles that deliver some more captivating game-play.

What I'm personally doing through this article, is coming to terms with a game I find nothing wrong with, but still want to let it go. I think it's important for all gamers to do in order to move on and play games with different view points.