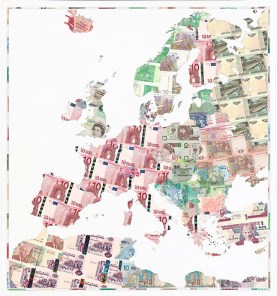 The VC market may be shrinking in the U.S. but there are still opportunities in Europe. So says Fergal Mullen, a General Partner in Highland Capital Partners, which is a mid-sized VC firm with $3 billion of committed capital in more than 200 companies. Mullen heads up Highland’s activities in Europe. I talked to Mullen about why the fund is expanding in Europe (Highland just added a new partner to bolster its Geneva office) and the special issues VCs face there.

Although the economies of Europe and the U.S. are similar in size, there is a huge discrepancy in the VC markets. The European VC market is only about one sixth of the size of that in the U.S. Mullen says that traditionally the U.S. VC market has been over-invested, while Europe’s is under-invested. As a result, a massive correction has been happening in VC funding in the U.S., including a 50-60% drop in the last year alone. Europe, in comparison, still has considerable space to grow, and according to Mullen, the VC market there should be of the order of $8-10 billion, rather than the current $6 billion.

The European VC market is dominated by local firms. Highland is one of the few U.S. firms operating there. Mullen maintains that American firms tend to go for bigger plays and this can be refreshing for European entrepreneurs used to funding constraints.

European startups face some special challenges. U.S. entrepreneurs will always have the advantage of having a large market on their doorstep with a common language and culture. However, for this very reason, European startups are better equipped to internationalize at an early stage. Another difference is that European venture deals have traditionally been over-syndicated (many investors involved), which can lead to a less cohesive board. There is no single tech and investment hub equivalent to Silicon Valley. Instead innovation, and investors, are scattered all over Europe in centers like Berlin, London and Barcelona.

It’s not all bad news. The sophistication of the European high-tech investment scene and the entrepreneurs themselves has been increasing in leaps and bounds over the past 10 years. The lack of a dominating hub also means that there is less competition for deals and a higher chance of finding that hidden gem of an investment.

I asked Mullen if there is any single thing that governments in Europe could do to encourage entrepreneurs. He thinks that the EU’s taxation policy on stock options is in need of a radical overhaul. Currently, gains from stock options are taxed at a similar level to salary income, whereas stock option income is taxed at a lower level in the U.S.

Mullen sees online entertainment and games as a hot sector in Europe right now. There is a well-developed ecosystems of developers and gamers. Highland also invests in many online retail companies, and Europe has had some considerable successes there, such as private sales company Vente Privee in France. In fact, Mullen says he would love to see Vente Privee go public.

According to Mullen, one thing in the VC business remains the same worldwide: “This is a people business. The art is in knowing someone special when you see him.”