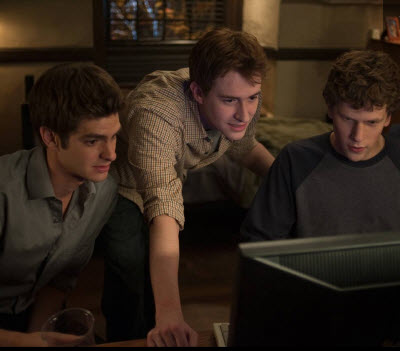 Social Network — the controversial movie that depicts Facebook’s Mark Zuckerberg as  a jerk — generated $23 million in box office receipts in its opening weekend.

That’s not on the scale of Hollywood blockbusters such as Iron Man and The Dark Knight, which can generate more than $100 million in sales in an opening weekend, but it’s respectable, given the fact that Facebook itself and its employees have been blasting the movie as wildly inaccurate in its depiction of the founding of Facebook.

As our own Owen Thomas wrote in his review of the fictionalized movie, The Social Network draws largely on court documents filed in lawsuits by Harvard schoolmates of Zuckerberg, who claim he elbowed them out of Facebook in its formative years. The film, written by Aaron Sorkin and directed by David Fincher, paints a picture of Facebook’s founder, played by Jesse Eisenberg, as a driven, arrogant jerk with a compelling vision of bringing the social experience of life fully online — and little patience for anyone who might slow him down along the way.

Despite its liberties with the facts, or perhaps because of them, critics have given the movie almost universal praise (it has an average review score of 97 out of 100 on review aggregator Metacritic) and have said it will be an Oscar contender. Sony has said it expects the movie to take in about $100 million. It’s already on a good start toward that goal. Facebook’s challenge will be to steer the mythology about Zuckerberg and the founding of the company in the direction that it prefers. If this film gets nominated as an Oscar Best Picture contender, that’s going to be a lot harder to do.