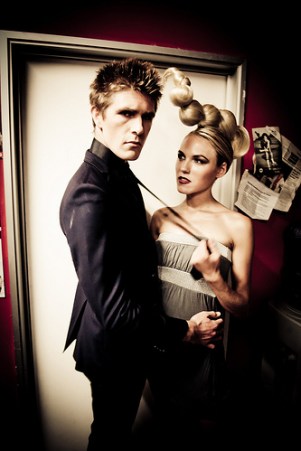 Spain’s largest online sales club, Privalia Venta, is taking sharp aim at a booming Latin America. The company announced today that it has received a $95 million infusion of  financing from Index Ventures and General Atlantic.

Privalia, which already holds majority market share in Italy, Mexico, Brazil and Spain, says it intends to use the funding to tackle new markets after its sales jumped 158 percent over the first half of 2010.

The latest round of fund-raising far outpaces Privalia’s initial four rounds of funding, which had netted the company only $21 million over the last four years. The credit crunch and increasingly savvy fahionistas have given a boost to the site — as international shoppers turn to web retailers as a way to find the latest styles at the lowest prices.

Targeting the rapidly growing markets of Brazil, which ecommerce tracker eBit projects has 18 million online shoppers at the end of 2009, and Mexico, where Privalia saw sales leap 300 percent year-over-year, is a smart move for the 5-million member club.

Privalia said the money would now help it lock down its market leadership in Latin America, while simultaneously allowing it to grow through mergers and acquisition in the region. Founders Lucas Carné and José-Manuel Villanueva have long said they would be looking abroad when the group eventually expanded — presumably in Argentina and Colombia — and this considerable chunk of funding should certainly lend them the international cachet to do so.