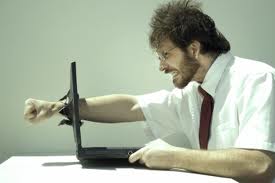 Update: 10:45 pm (EST) Foursquare’s new “Status” blog is now down for what the site calls “maintenance”

Update: 9:00 pm (EST) Foursquare is currently experiencing downtime, again, and is claiming it is has to do with yesterday’s problems, according to the newly launched Foursquare Status blog.

Popular location-based mobile service Foursquare is reporting that its service was down for about 11 hours yesterday, according to a recent blog post.

While the post is a bit to technical for my tastes, the company is obviously taking this seriously and looking to not only explain exactly what happened, but better its communication with consumers when problems occur.

To keep it simple, Foursquare basically had an issue with storing check-ins to what they call shards, a technical term for a portion of a distributed database. One of the shards became overloaded. When Foursquare tried to add another to balance out the problem, the site crashed—for a long time. Looking back, the downtime appears to be the longest in the company’s history.

Foursqaure isn’t the only one experiencing downtime lately. Facebook recently had its worst downtime in 4 years when the service was unavailable for 2.5 hours. Also, Twitter had a bit of downtime, which happened to correspond with its announcement that COO Dick Costolo would be replacing Evan William as CEO, according to TechCrunch.