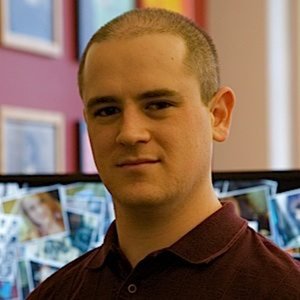 The increasingly popular bookmarking and offline article-reading service Instapaper has just rolled out a $1/mo. subscription model. The move could open the door to much-needed experiments with online publishing.

The paid subscription comes with just one perk at present: an option to turn off ads. All other features “will continue to be available to non-subscribers,” according to Instapaper’s developer, Marco Arment, who built his reputation as the former CTO of Tumblr, the popular, simplified blogging service. He plans to roll out new features to paid subscribers over time.

Like many users, I’ve long employed Instapaper to make my ride on the subway more enjoyable and productive. With convenient browser bookmark tools and integrations with other services like Twitter, it’s a breeze to save long pieces you’d like to read but can’t at the moment. When you’ve finally found the time,  you can read your picks on Instapaper’s iPhone and iPad apps. The apps are elegantly simple and include features like remembering your location in an article across devices, similar to Amazon.com’s Kindle book-reading software. And you can also catch up on your reading on the Web as well.

Instapaper’s success bucks the trend toward magazine-like experiences on mobile devices, the ‘rich media’ many publishers are touting to justify paying for content on the iPad when they offer similar articles for free on the Web. Instead, it presents users with clean, text-only versions of articles they’ve bookmarked.

Does Instapaper’s move to a subscription model suggest support for publisher subscriptions down the road? Arment pointed out that Instapaper already works nicely with so-called paywalls, allowing people who subscribe to paid websites like the Wall Street Journal or Financial Times online to save articles for later reading, a service he says publishers “unanimously love.” But it doesn’t let people subscribe to media or pay for articles directly through Instapaper.

Arment thinks that third-party subscriptions or per-article payments are possible for Instapaper, but there are “a number of logistical and practical hurdles.” At present, it appears he’d rather support publishers’ experiments rather than run subscriptions for them.

That may be a disappointment for publishers looking for a white knight. Many magazine publishers are frustrated that Apple has flailed around in coming up with a reliable subscription model for content, forcing them to charge expensive per-issue prices for tablet-friendly versions of their content.

Instapaper’s new pay service isn’t a magic bullet, either. But at least publishers who hope to charge for content down the road appear to have a friend in its creator.

Getting content noticed is a challenge for everyone making apps. Join us at DiscoveryBeat 2010 and hear secrets from top industry executives about how to break through and profit in the new cross-platform app ecosystem. From metrics to monetization, we’ll take an in depth look at the best discovery strategies and why they’re working. The conference takes place on October 18 at the Mission Bay Conference Center in San Francisco. Sponsors can contact us at sponsors@venturebeat.com. To buy tickets, click here.