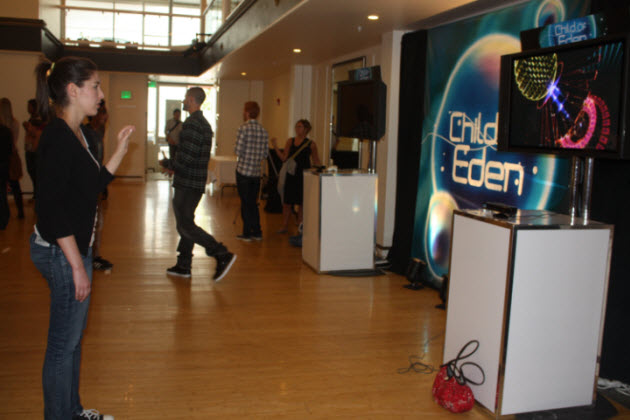 In 2007, Ubisoft started investigating a 3D camera from PrimeSense, a startup that was exploring the idea of motion controls for video games. Ubisoft, the big French video game company, decided to invest a lot of resources in finding out how to make games more fun with new kinds of gestures.

The Nintendo Wii had taken off in 2006, and then Microsoft announced its Kinect motion control system last year. By that time, Ubisoft was well on its way to understanding what was possible with motion-control games, said Laurent DeToc, North American chief executive for Ubisoft, at a San Francisco event Tuesday where it showed off its Kinect games. The company revealed four major games for Microsoft’s Kinect, which goes on sale on Nov. 4. 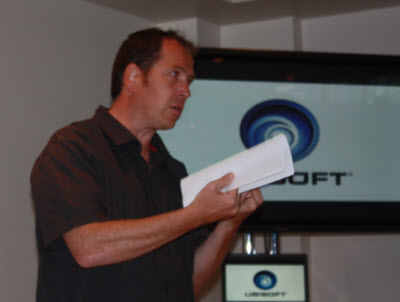 “This is testament to our belief that Kinect is going to do very well,” DeToc said. “For the past 20 years in this business, we have always seen that technology helps the industry move forward and grow.”

While technology usually delivered better graphics, it is now delivering more interactivity in the form of intuitive body controls, where you can make a gesture with your hands that is captured by the Kinect camera and then translated into an action in an Xbox 360 video game.

“This is a clear change in the innovation pattern compared to what we have seen before,” DeToc (pictured right) said.

DeToc argued that Ubisoft’s early research enabled the company to create innovations such as “player projection,” or the ability to capture a moving picture of a person and insert it into, say, the Your Shape Fitness Evolved game. That’s a feature you won’t see in other Kinect launch games, DeToc said. Ubisoft is able to launch Your Shape now because it had been working on the concept for years.

In an interview after his talk, DeToc said he has seen researchers come up with 50 different kinds of “game mechanics,” or fun activity loops in games, related to Kinect. You could, for instance, draw a gun or jump out of an elevator in a building that is about to collapse.

He said he believes Kinect and Sony’s PlayStation Move are important products that will keep video gamers coming into the stores during the holidays, possibly distracting them from less expensive Facebook or mobile games.

“At the end of the day, this is a new kind of toy,” DeToc said. “I want to see my six-year-old make funny faces while playing with it.”